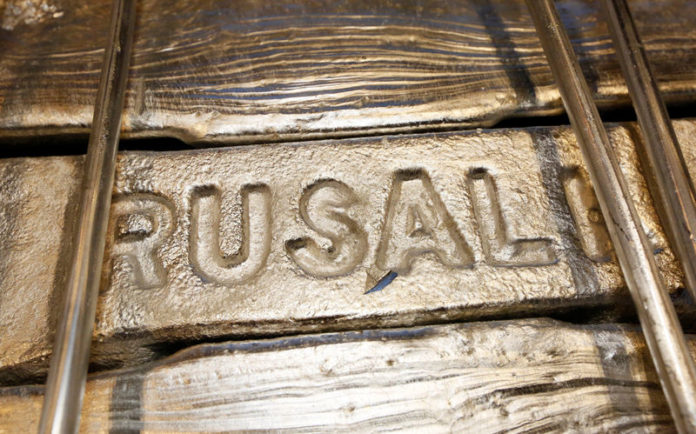 2/2
© Reuters. Aluminium ingots are seen stored at the foundry shop of the Rusal Krasnoyarsk aluminium smelter in Krasnoyarsk

The U.S. Treasury Department in April imposed sanctions against billionaire Oleg Deripaska and eight companies in which he is a large shareholder, including aluminum exporter Rusal, citing “malign activities” by Russia.

Deripaska also held a controlling interest in EN+, which in turn controls Rusal, the world’s biggest aluminum producer outside China.

However, the sanctions have been postponed several times since then as the United States considers removing Rusal from the U.S. blacklist if Deripaska drops his control over the company.

“EN+ and RUSAL have approached the U.S. Government about substantial corporate governance changes that could potentially result in significant changes in control. As the review of these proposals is ongoing, OFAC (Office of Foreign Assets Control) is extending the expiration date of related licenses until December 12,” Treasury said in a statement.

The previous deadline was Nov. 12.

Shares of Rusal extended gains in Moscow after Treasury’s statement and were up 3 percent by 9:11 a.m. EDT (1311 GMT). The company’s Hong Kong-listed shares closed up 1 percent on Friday.Automaker GAZ is also part of Deripaska’s business empire but must still meet an Oct. 23 deadline, according to Treasury documents posted to the department’s website.

BP and Eni to start drilling in Libya within months

Airtel Africa to raise $1.25 billion from SoftBank, five others