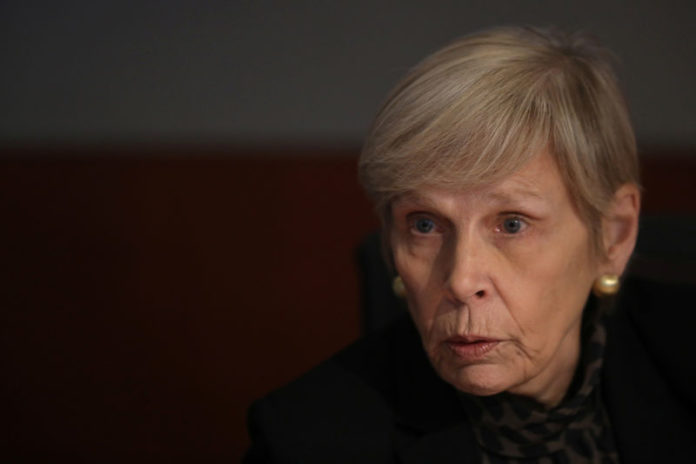 NEW YORK (Reuters) – The best investment ideas for 2019 range from buying local currencies in emerging markets to picking up beaten-down casino stocks to holding on to bank loans, according to investors who appeared this week at the Reuters Global Investment 2019 Outlook Summit in New York.

The wide range of trade ideas is a reflection of the unsettled state of the global markets, which have been rocked by heightened volatility amid the simmering trade war between the United States and China and increasing concerns that Britain will leave the EU on March 29 without a trade deal.

The equity market volatility and rally in the dollar this year may offer attractive opportunities to invest in the local currencies of emerging markets, said Penny Foley, portfolio manager for TCW Group Inc’s emerging markets and international equities groups.

Local currencies are currently trading near 2016 levels, she said, and could appreciate by several percentage points in the coming year as the increasing U.S. federal deficit eats into the strength of the dollar.

“Local currency could be the surprise for 2019,” she said at the summit, which runs this week in the United States, Europe and Asia.

Casino stocks, meanwhile, could outperform in 2019 after suffering steep declines this year due to concerns about consumer spending in emerging markets, said Shawn Kravetz, president of Esplanade Capital.

With companies such as Caesars Entertainment Corp down 35 percent for the year to date, investors have received “an absolute gift,” he said, noting that he has added to his fund’s positions in Caesars, casino video game maker International Game Technology PLC and Penn National Gaming Inc this year.

“We don’t think casinos will be a canary in a coal mine” that signal a coming recession, he said. Instead, “We think we will see more M&A as the leaders try to get bigger and try to consolidate some of their power.”

Monica Erickson, a portfolio manager at DoubleLine Capital, expects that bank loans will be the most attractive fixed-income investment in 2019. The Federal Reserve will likely continue to raise interest rates in response to the growing economy and inflationary pressures, she said, leaving bank loans primed to benefit at a time when most bonds will continue to suffer.

“They’re floating-rate in nature, so you’re going to participate with your coupon increases as rates go up. And your principal is going to remain steady,” Erickson said. “I don’t think it is a defensive play but it is the appropriate play given that rates are going up.”

Prominent short-seller Andrew Left of Citron Research, meanwhile, said he expects Chinese e-commerce stocks like Alibaba (NYSE:) Group Holdings Ltd and JD.com Inc will outperform U.S.-based rivals because they have been unduly hit by concerns about the trade war between the United States and China. The stocks were already beaten up before the dispute began, he said, leaving them primed to rally should an agreement be reached.

“The trade war is good for China because their whole plan is based on internal consumption. They don’t want to be the world’s factory anymore,” he said.

Over the next 12 months, “I would take Alibaba all day long over Amazon (NASDAQ:),” he said.

Greece stocks lower at close of trade; Athens General Composite down 0.20% By Investing.com

Diageo to sell 19 brands to U.S.-based Sazerac for $550 million By Reuters

Taiwan stocks lower at close of trade; Taiwan Weighted down 0.16%...