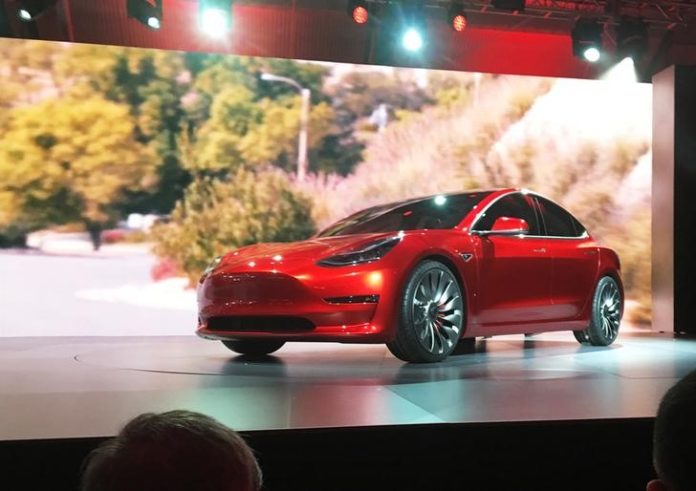 © Reuters. A Tesla Model 3 sedan, its first car aimed at the mass market, is displayed during its launch in Hawthorne, California

(Reuters) – Tesla Inc (O:) on Thursday introduced a new $45,000 version of its Model 3 sedan on its website, launching the car as U.S. tax breaks for Tesla cars are about to decrease.

According to the website, the rear-wheel-drive model has a “mid range” battery, a range of 260 miles, 50 miles less than the long-range battery that the more expensive Model 3 is equipped with.

The new version has a delivery period of six to 10 weeks, according to the website, which would customers eligible for the current $7,500 U.S. tax credit if they take delivery by the end of the year. The tax credit for Tesla cars will drop by half on Jan. 1.

Adding the mid-priced version of the Model 3 appears to be a strategic way to lure possible buyers who had been waiting for the lower-priced version. It is not clear how many of the more than 400,000 reservations for the Model 3 are for the base models.