Home Finance Tenders for Mexican train to go out within two months: president By... 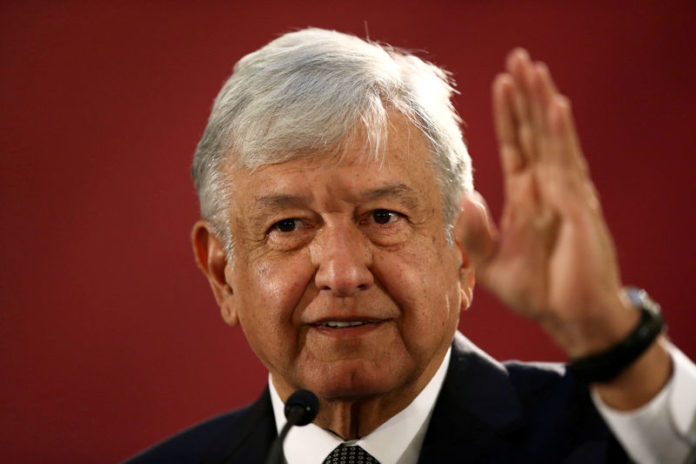 MEXICO CITY (Reuters) – Mexico’s new government aims by mid-February to put out tenders for the first four sections of a planned railway connecting the southeast of the country to Caribbean resorts, President Andres Manuel Lopez Obrador said on Sunday.

At a ceremony in southern Mexico to mark the start of work on the so-called Mayan Train project, Lopez Obrador said the tenders for the first four of seven planned sections of the railway should go out “in two months at the latest.”

The railway is one of Lopez Obrador’s signature campaign pledges. He hopes it will spur tourism, create jobs and help stem migration to the United States from the poorer south.

The 2019 budget draft sets aside 6 billion pesos ($297 million) for the railway plan, but Lopez Obrador is looking for mostly private investment to complete it. Each section of the railway would cost 15 billion to 18 billion pesos, he said.

To encourage investment, Lopez Obrador said that for each kilometer of track laid down, participating companies would receive an unspecified subsidy from the government.

Tied to that subsidy, he said, would be the condition that passage for locals traveling on the train would be cheaper than the rates charged for tourists or for freight.

Lopez Obrador, who took office on Dec. 1, wants the project to be finished in four years. He said in August he aimed to begin the tender process from the start of December.

Connecting Mexico’s southern rainforests to the Caribbean coast, the 1,525-km (948-mile) project due to run through the states of Yucatan, Quintana Roo, Campeche, Tabasco and Chiapas, is the biggest rail scheme Mexico has launched in years.

However, some indigenous communities in the southeast have been resistant to rapid development of new infrastructure, raising doubts about its prospects.

Even with headwinds, home builder stocks are ‘ludicrously cheap,’ these analysts say