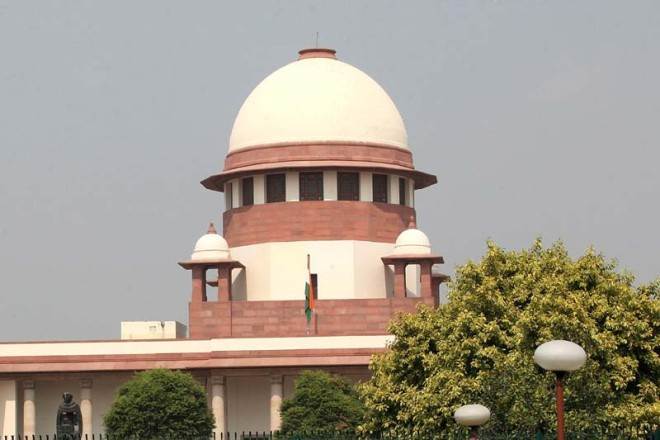 The Supreme Court Friday grilled the Chief Financial Officer (CFO) and internal auditors of Amrapali Group over diversion of home buyers’ money and ordered that company’s CMD as also its two other directors would remain under police surveillance at a hotel in Noida.

The top court zeroed in on 23 “dummy companies”, which the real estate Group claimed to be created as special purpose vehicles (SPVs), and sought their details of incorporation and bank statements.

It asked Amrapali Group to handover all the laptops, computers and hard-drives used by the company since 2008 to the forensic auditors appointed by the court to audit the affairs of the embattled real-estate company.

A bench of Justices Arun Mishra and U U Lalit, grilled CFO Chander Wadhwa, who earlier claimed to have had “memory failure” during questioning by the forensic auditors.

It also asked the company’s two internal auditors, Anil Mittal and Ravi Kapoor, to handover all the documents related to the Group, warning them of jail term for non-compliance.

The court, directed the banks which have accounts of Amrapali Group to release the statements of the 2008-2018 period, to be handed over to the forensic auditors in three days by the company.

It directed the police to seize the documents related to group companies from the internal auditors of Amrapali Group in three days and hand them over to the two forensic auditors.

“We request the police to collect the documents from Dhavan and Company and Anil Mittal and Company (internal auditors). In case the documents are not handed over to the police, this will be viewed very seriously and punishment will be imposed,” the bench said in its order.

At the outset, forensic auditor Pawan Kumar Aggarwal told the court that they have found diversion of money collected from home buyers by some of the group firms, and some shell companies were also created for this purpose.

It noted that directors of GauriSuta Infrastructures, which was given an advance of Rs 90 crore, were Ashish Jain and Vivek Mittal, a nephew of the company’s auditor Anil Mittal.

With regard to company’s CFO, the bench granted him one last opportunity to cooperate with the forensic auditors and come out clean and warned him of sending him to jail on the ground of professional misconduct.

When the bench questioned Wadhwa, he revealed that he was a director in Amrapali Developer, a United Kingdom based company and in one Delhi based company.

He also disclosed to the bench that his son Amit Wadhwa was also a director in a company associated with the Amrapali Group.

The bench asked him to furnish the details of his salary, benefits he had obtained from the Amrapali Group and in how many company he is a directors and bank details.

The court also pulled up the two internal auditors for overlooking the ‘shady transactions’ of the company and said it was not a fault but a “deliberate fraud” committed by not mentioning the diversion of funds in the audit report of the company.

Senior advocate Geeta Luthra, appearing for Amrapali Group, sought relief for the directors including the Chief Managing Director Anil Sharma saying that since collating of documents has been completed, they should be now allowed to go home from the hotel.

“No relief can be granted to them till all the documents are received to the satisfaction of forensic auditors. If their is non-compliance of court’s order, we may send them to appropriate place. They are currently living in an honourable place in a hotel,” the bench observed.

Anil Sharma and two directors Shiv Priya and Ajay Kumar were earlier directed by the court to be kept in police surveillance round the clock and in the night they were to be taken to a hotel in Noida.

Advocate M L Lahoty, appearing for home buyers said that company has deliberately not disclosed the names of all the directors as directed by the court and total of 86 names were given instead of 102 names.

He said that names of four directors which include two daughters, wife and brother-in-law of Anil Sharma, were deliberately not given by the company.

Earlier, the apex court had said that the Group has played a “big fraud” by diverting money collected from home buyers to other firms and the “big racket” behind this has to be unearthed.

The top court had earlier fixed a 15-day limit for the forensic auditors to collect, collate and catalogue the documents from 2008 till now with regard to the 46 companies of the group from the nine properties situated in Noida, Greater Noida of Delhi-NCR and Rajgir and Buxar in Bihar.

It had also initiated contempt proceedings against the group’s Chairman and Managing Director (CMD) Anil Kumar Sharma and its directors Shiv Priya and Ajay Kumar for prima facie violating court’s order and thwarting the course of justice.

The court is seized of a batch of petitions filed by home buyers who are seeking possession of around 42,000 flats booked in projects of the Amrapali group.

OPEC Will Struggle to Muster Its Friends for 2019 Oil Cuts...

Amrapali group has played ‘big fraud’, racket has to be unearthed,...

Futures down as oil prices slide By Reuters