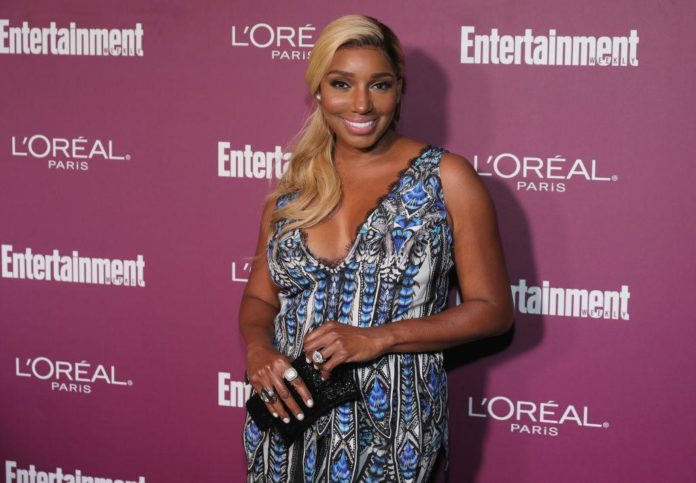 “Real Housewives of Atlanta” star Nene Leakes surprised fans during a Q&A on Twitter when she dissed former cast member Kenya Moore. Days after Nene appeared to slam Bravo for firing her co-star from the popular reality series, the Swagg Boutique owner revealed she was content with the latest cast changes.

On Tuesday, Nene’s Q&A session took a shady turn when fans continued to question her about her relationship with Kenya. The drama started after Nene revealed she was not invited to Kenya’s baby shower and chose not to purchase a gift for the pregnant star. When a fan then asked why Nene was jealous of Kenya’s happiness, the outspoken reality star shared her thoughts regarding her former co-star’s life.

“Here comes the ignorance! What reason do i hav 2 b jealous of her? I’ll wait… her marriage? I been married! Her pregnancy? Been there twice! Her house? I have one! Her car, i have several! Her job? I have jobsssss,” she tweeted.

Months after the “RHOA” Season 10 reunion, Kenya, Kim Zolciak and Shereé Whitfield revealed they would not be returning to the show for another season. As a result, Eva Marcille, Shamari DeVoe and friend Tanya Sam are expected to replace the women when new episodes begin to air in November.

During Nene’s morning chat with fans, the star opened up and shared how she felt about her old and new “RHOA” cast members. “Trust me, the girls on this season deserves 2 b here! That person that is NOT here is b/c they simply didn’t want 2 show their REALITY,”  she wrote.

The 50-year-old star also reflected on the recent comments she made on a picture of Kenya’s baby shower, where she slammed Bravo for letting go of the pregnant star. “For those asking, I was definitely being sarcastic the other day but my well wishes were pure & from the heart!” Nene tweeted.

“Bravo, Andy nor myself should be blamed 4 some1 wanting 2 b on a reality show & NOT show their reality! They choose NOT 2 let u in their life now flipping it #facts.”

Nene appeared to be hinting at July reports claiming Kenya was let go from the cast after she refused to film certain aspects of her life.

“Everyone wanted to have Kenya back, but they wanted to have the old Kenya back — the one who isn’t afraid of the cameras,” a production source told People at the time. “You can’t have secrets and be on reality TV. Especially when other Housewives are showing all of their lives — the good, bad, and the ugly. They need to see your life.”

Kenya has not commented on Nene’s recent tweets.

Kenya Moore will not appear on “The Real Housewives of Atlanta” Season 11. The reality star is pictured attending WE tv Celebrates The Return Of “Growing Up Hip Hop Atlanta” on Oct. 2, 2018 in Atlanta. Photo: Paras Griffin/Getty Image

China to keep 2019 growth within reasonable range: politburo By Reuters