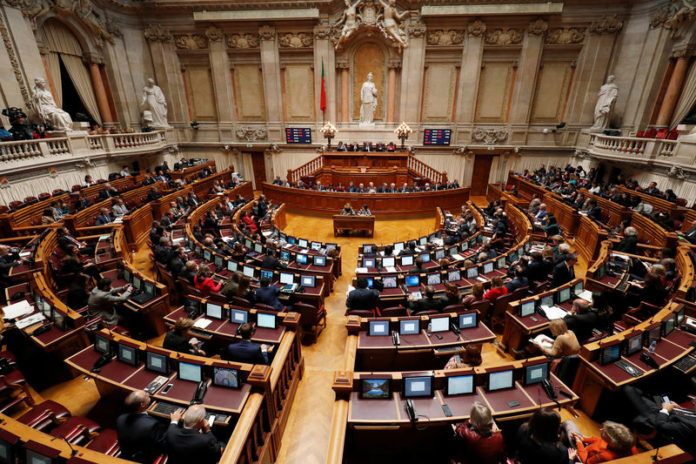 © Reuters. A view of the Portuguese Parliament during a debate on 2019 state budget at the parliament in Lisbon

Portugal, which only emerged from a debt crisis in 2014, has managed to combine fiscal discipline with policies to support strong growth under the center-left administration, while reversing many unpopular austerity measures during a bailout.

Its example, often lauded by Brussels, is in sharp contrast to Italy’s plans to widen the budget deficit in 2019. The plans, opposed by the European Commission, have unnerved investors, causing Italy’s bond yields to rise well past Portuguese ones.

“This is a budget that will help reinforce confidence, and it is possible thanks to the political stability maintained over these three years,” Prime Minister Antonio Costa told reporters, referring to his party’s alliance in parliament with two hard left parties – the Communist Party and Left Bloc – whose votes were crucial to pass the bill.

The center-right opposition Social Democrats and conservative CDS-PP voted against, criticizing the bill as an election year gimmick while pointing to slowing growth they say will ultimately undermine budget consolidation.

The government forecasts growth to remain above 2 percent per year until at least 2022 and expects to reach a budget surplus by 2020, which should allow to significantly cut Portugal’s debt burden – still the euro zone’s third-largest.

“We are on a path of growth, job creation, of recovering international credibility,” Costa said.

Earlier, data showed unemployment last month fell to its lowest level since at least 2002, at 6.6 percent. The budget bill forecasts the jobless rate to fall slightly more, to 6.3 percent, by the end of next year.

Finance Minister Mario Centeno said it was Portugal’s fiscal performance in line with EU budget requirements that had helped slash its financing costs, allowing it to use the saved money for what he called “an enormous relief of the tax burden”, while also narrowing the budget gap.

Portuguese will pay 1 billion euros ($1.14 billion) less in income tax next year than in 2015, the year the government came to power, he said.

It projects economic growth of 2.2 percent, a touch lower than this year’s 2.3 percent. Last year, Portugal’s economy grew 2.8 percent – its strongest pace since 2000.

The Socialists lead in opinion polls by a wide margin for a national election due in a year’s time, although the surveys show they are just short of a parliamentary majority which means they will probably have to maintain an alliance on the left.

The bill will now be discussed in parliament committees before the final vote due on Nov. 29. The government’s allies have said they will try to improve public funding of healthcare and education.

Indians will buy over 19 million smartphones this festive season, thanks to Amazon, Flipkart...