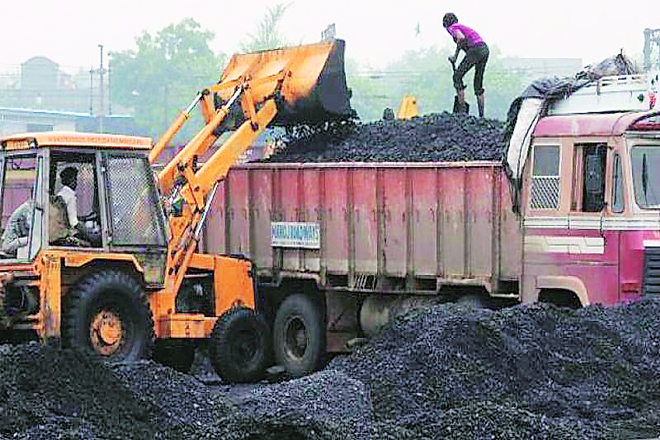 That a large part of NTPC’s reported under-recoveries of Rs210 crore in Q2FY19 was due to unavailability of coal exacerbated the coal supply crisis in the country. The company had reported Rs 1,400 crore of under-recovery in FY18, of which Rs800 crore was due to coal shortage.

The company’s net profit slipped 1.1% year-on-year (y-o-y) to Rs2,417.6 crore in the quarter. Fuel stock at NTPC’s power plants remains low with current coal stock of 3.7 MT from a high of 6.9 MT.
“Though NTPC’s earnings prospects appear bright due to capacity addition and rise in regulated equity, this will be overshadowed by ongoing under-recovery due to coal shortage that will dampen core return on equity,” Axis Capital said in a recent report.

Maintenance activities at the 1,550 MW Unchaahar plant — where 45 people had died last year in a boiler blast — also led to under recoveries of `131 crore in the quarter. The management expects the plant to be come operational by December 15.

As noted by analysts at Kotak Institutional Equities, NTPC’s earnings performance over the past six quarters was impacted by under-recovery on capacity charges due to lower plant availability.
Power plants are contractually entitled to receive fixed costs (capacity charge) for recovering capital expenses even when buyers do not procure electricity from these units. However, plants need to display a minimum plant availability factor (PAF) of 83% to claim fixed costs.

The average PAF of NTPC plants in Q2FY19 dropped by nearly two percentage points y-o-y to 84.3%, mainly due to coal shortage and planned outages for maintenance. NTPC is facing coal shortages even as its private peers are complaining about absence of level playing field in the sector in terms of fuel supply.

Independent power producers have pointed out multiple times that preferential coal allocation and supplies to NTPC plants was one of the reasons behind more than 40,000 MW of private power plants becoming stressed.

To tackle the domestic fuel shortage, NTPC is subscribing to Coal India’s offer to procure additional coal from mines through roadways. It has also paid Rs10,000 crore in advance to the railways to receive coal supply at unrevised rates until FY20. Through this, NTPC has already hedged itself against the recent 8.8% rise in railway freight cost of coal.

The company is also working on five captive blocks with mining capacity of 56 MT per annum. It has been allotted 10 blocks with potential to produce 111 MT of the fuel every year.

NTPC has already extracted 2.5 MT coal from Pakri Barwadih mine in the first six months of FY19, against the annual production target of 6.3 MT. Additionally, 4,000 tonne have been produced from the Dulanga mine, which expects to produce 1.7 MT in FY19.

NTPC has also floated a tender to import 2.5 MT of coal, but the state-owned company risks being seen as an import driver as the country desperately tries to cut import bills amid the rupee devaluation.

Papa John’s will likely be sold in the next year, analyst says

Both sides escalate US tariffs fight at the WTO, agenda confirms By Reuters