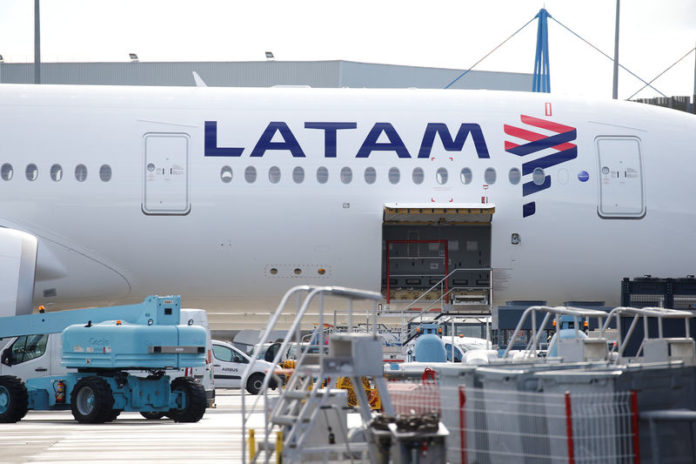 © Reuters. The logo of LATAM Airlines is pictured on an Airbus plane in Colomiers near Toulouse

SANTIAGO (Reuters) – LATAM Airlines, the biggest airline group in Latin America, reported a quarterly net profit of $53 million on Tuesday, down from $160 million a year earlier, as it faced increased competition from low-cost competitors.

Competition has eaten into LATAM’s margins, prompting the airline to announce it had renegotiated commitments for future aircraft purchases, achieving a reduction of $2.3 billion in fleet expenses through 2021, according to a securities filing.

“It’s been a few years since the last time the company made such a big effort into adjusting our plans,” said Ramiro Alfonsin, LATAM’s vice president for corporate finance.

“What’s important is that … we have achieved an investment plan that is much better suited to our macroeconomic context.”

The airline will also boost the number of available seats in some of its aircraft by 3 percent.

“Improving utilization and seat count is allowing LATAM to grow with fewer aircraft,” the company said.

Revenue declined by 5 percent to $2.5 billion in the quarter compared to the same period in 2017.

LATAM and its regional competitors have faced increased fuel expenses due to higher oil prices in the quarter, although prices have come down in recent weeks. In the quarter, LATAM spent the equivalent of 30 percent of its revenue on fuel, compared to 21 percent a year earlier.

LATAM said it was maintaining its guidance for the year, expecting an overall operating margin for 2018 of between 6.5 and 8 percent.

UK looking at chartering ships to ferry in supplies in no-deal Brexit: FT By...