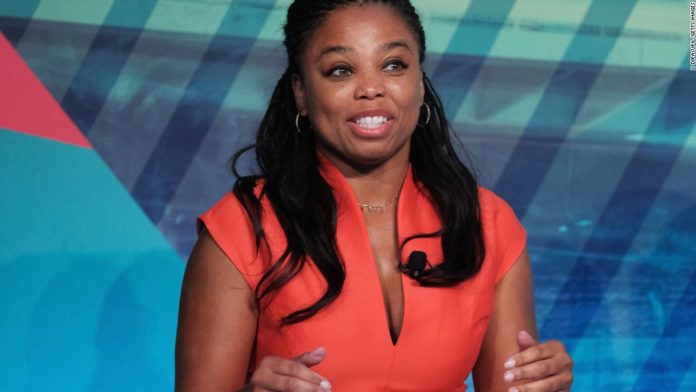 Jemele Hill is heading to The Atlantic.

The former ESPN host is joining the magazine as a staff writer covering the intersection of sports, race and politics. She will also have a podcast.

“Jemele is a wonderfully talented journalist who is famous for her acute commentary, fearless writing and encyclopedic knowledge of sports,” said Jeffrey Goldberg, editor in chief of The Atlantic, in a statement. “But what drew us to Jemele in particular is her deep commitment to reporting.”

Hill said in a statement that joining The Atlantic “made perfect sense” because sports is a “great entry point for exploring what’s happening in the wider society.”

She added: “You can’t talk about sports without talking about race, class, gender and politics. I want to explore the complications and discomforts with a publication that has a long history of supporting this kind of work.”

In September, Hill announced she was leaving ESPN after 12 year at the network.

ESPN expert and author James Andrew Miller revealed in the the Hollywood Reporter that Hill had more than two years left on her contract but the two sides couldn’t come to an agreement on what her role would be.

“It just kind of became obvious to me that the relationship—as good and as fruitful and as beneficial as it was—had really run its course,” Hill told Miller in THR.

She had a tumultuous past few years and was criticized by the White House for calling President Trump a “white supremacist” on her personal Twitter account. Hill eventually apologized for her comments.

Hill was at the center of another controversy in October 2017 for comments she made on Twitter about Dallas Cowboys owner Jerry Jones and the NFL. ESPN suspended her for two weeks for violating the network’s social media guidelines.

Her role as co-host of the 6 p.m. ET edition of SportsCenter, dubbed SC6, only lasted a year. The show, with co-anchor Michael Smith, shifted from news to opinion, but it wasn’t well-received by viewers. Miller described it as “one of the most misguided and mismanaged misadventures” in recent ESPN history.

“So much has happened in the last year that I felt like this is as an appropriate time as ever to spread my wings in different ways that I hadn’t really thought of before, or that I knew were possible,” Hill told THR.

As IPO looms, Uber says it’s not just about rides

Pakistan PM Khan, in search of loans, to visit China next...