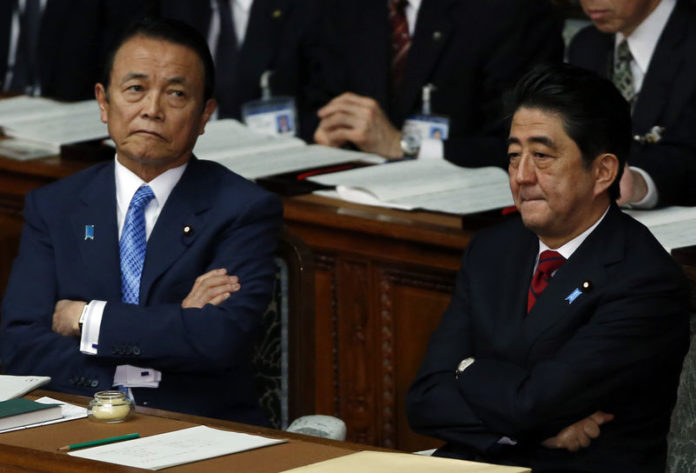 TOKYO (Reuters) – Japan’s draft budget for fiscal 2019 will rise to a record of around 101.5 trillion yen ($894.4 billion) due to increased spending on welfare, public works and defense, government sources told Reuters on Friday.

Prime Minister Shinzo Abe’s government will issue around 32.7 trillion yen in new bonds to fund the budget, said two sources with direct knowledge of the matter.

The government also expects around 62.5 trillion yen in tax revenue for the next fiscal year starting in April, said the sources, who declined to be identified because Abe’s Cabinet has not approved the budget yet.

The next fiscal year’s budget would mark the seventh straight year that government spending sets a record high as the government struggles to contain rising welfare costs due to a rapidly aging society.

The budget, which needs to be approved by parliament next year, could also raise concerns about Japan’s fiscal health.

Japan’s debt burden is the worst among major countries at more than twice the size of its $5 trillion economy, which some economists say is unsustainable.