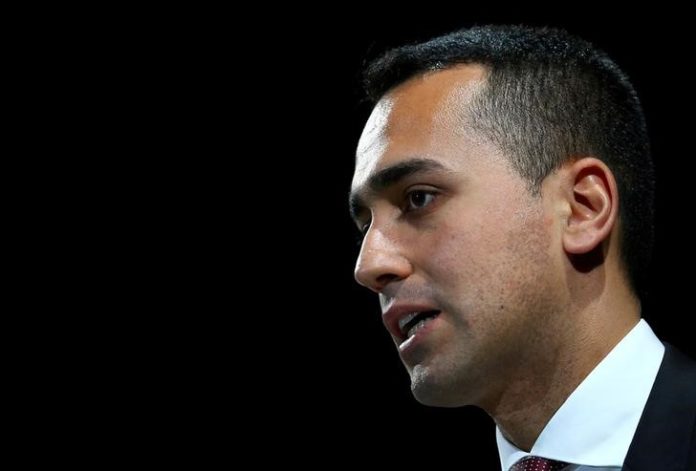 The citizen’s wage is the flagship policy of Di Maio’s anti-establishment 5-Star Movement which has governed since June with the right-wing League, and it is a centrepiece of Rome’s big-spending 2019 budget outlined last week.

The budget sets aside 10 billion euros ($11.57 billion) for the initiative, which will provide up to 780 euros per month to the poorest Italians and which Di Maio has said will “abolish poverty” in the euro zone’s third largest economy.

The scheme has yet to be finalised, but Di Maio gave some details in a pre-recorded television interview on Monday.

“It will be charged onto an electronic card which can be used in Italian shops,” he said, adding that this would boost private consumption, economic growth and sales tax revenues.

“This way our gross domestic product will expand more than expected,” he said, adding that the income will only be available to Italians who have been resident in the country for at least 10 years.

Government officials have said the money will first be available to pensioners, from January, and gradually introduced to all people below the poverty line some months later.

Single people living in poverty will have their income topped up to 780 euros per month, while for those in a family unit the amount per person will be considerably less.

Recipients, with the exception of pensioners, must do eight hours of community work per week, prove they are looking for work, and accept one of the first three job offers they receive.

Some 2 billion euros of the 10 billion set aside for the scheme in the budget will be used to beef up and modernize the country’s job centers, which are notoriously inefficient.

Italy has been the most sluggish economy in the euro zone since the start of monetary union almost two decades ago and the number of people living in poverty has tripled in the last 10 years, according to official data.

The number living in “absolute poverty” rose to 5.1 million last year, or 8.4 percent of the population, national statistics bureau ISTAT said in June, despite a fourth consecutive year of modest economic growth.

ISTAT defines absolute poverty as the condition of those who cannot buy goods and services “essential to avoid grave forms of social exclusion”.

Colombia stocks higher at close of trade; COLCAP up 1.09% By Investing.com

How to get Arogya Mitra job? When Ayushman Bharat CEO got...