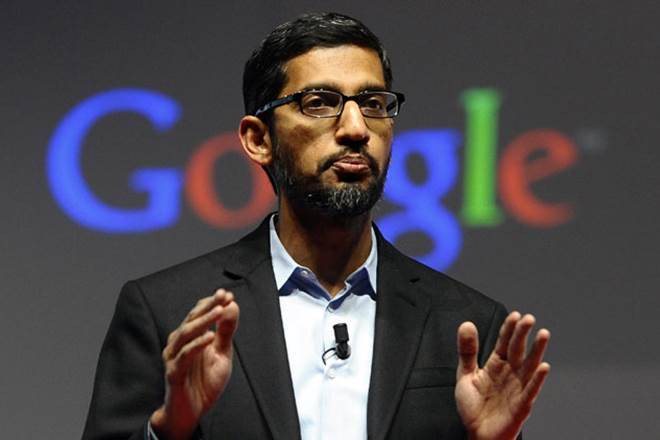 Mass employee walkouts. Leaks about an effort to get back into China. Successful demands to stop building artificial intelligence for the Pentagon. These days, Google workers are exerting an unusual level of control over their company.

But chief executive officer Sundar Pichai signaled on Thursday that he’s still in charge and won’t be constantly swayed by staff uprisings.

Read more: No, it’s not OK: Google’s staffers do a great job of letting the global IT giant know it is in the wrong

“We don’t run the company by referendum,” Pichai said at a conference in New York on Thursday. “There are many good things about giving employees a lot of voice, out of that we have done well.”

The internal dynamics may appear chaotic to outsiders, but they’re not as intense as some have characterised them to be, he added.

Google employs more than 50,000 full-time staff, but has maintained a more transparent culture than other corporate behemoths. Employees openly debate on internal forums, and are free to speak their minds at weekly all-hands meetings where executives take questions.

On Thursday, thousands of Google employees walked out of their offices worldwide to protest the company’s handling of alleged misconduct by some executives. Starting in Asia and spreading across Europe, photos posted with the hashtag Googlewalkout began flooding Twitter as employees gathered outside Google offices in Zurich, Dublin, Singapore, London and Hyderabad, India. In the US, walkouts began in New York, including at Google’s Manhattan offices and in Atlanta. The employee group, Google Walkout For Real Change, said 47 offices worldwide were participating in the walkout on Thursday.

Last week, the New York Times reported Android creator Andy Rubin received a $90-million pay out after leaving because of a sexual harassment accusation by an employee. Google says it doesn’t offer payouts to people it fires for sexual harassment anymore.

The company has also gotten heat from US politicians for ending an AI contract with the US military. Pichai said on Thursday that the company still works with the military on many other projects.

U.S. says it cannot support some of EU’s ideas for WTO reform By Reuters

Amazon briefly edges out Apple for most valuable company

3 Stocks To Watch In the Coming Week: Apple, Facebook, Coca-Cola