Home Business French Connection is up for sale, but who will buy it? 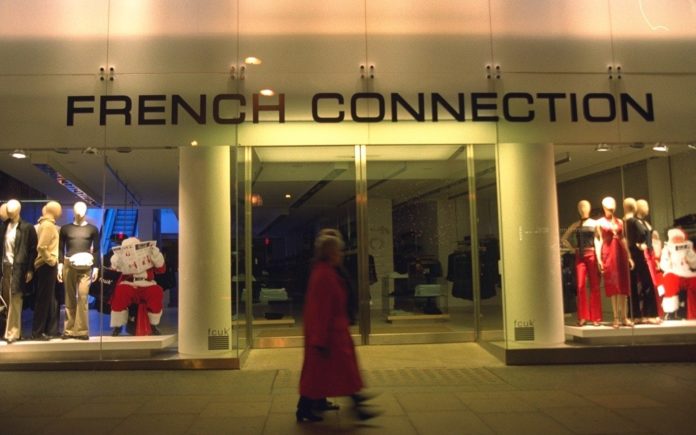 The founder of French Connection has hoisted a “for sale” sign over the business, causing the fashion chain’s share price to soar.

The high street retailer announced that it was weighing a potential sale and was reviewing its “strategic options”, as it moved to clarify weekend speculation.

The prospect of a new owner sent shares rocketing 45pc in morning trading, before paring gains to trade 25pc ahead at 53.5p in the afternoon.

Such a move would see founder-chief executive Stephen Marks offload his 41.6pc stake, bringing to a close nearly 50 years in charge of the business.

His foray into fashion was born out of disappointment. Marks dreamed of becoming a professional tennis player, but his parents could not affording to financially support his career.

He switched the tennis whites for a tailor’s needle, becoming an apprentice for a London coat maker who worked with French designer Louis Feraud.

After a brief stint working alongside Feraud, he ventured out alone. He forged an import business shipping hot pants from the UK to Paris, before launching his own label – Stephen Marks London – which designed suits and coats.

French Connection came in 1972 following a chance trip to Hong Kong. He was checking up on an order of 250,000 cheesecloth shirts made by a Parisian friend.

Denmark stocks higher at close of trade; OMX Copenhagen 20 up 0.39% By Investing.com

Jimmy Butler, JR Smith And 76ers Forward On The Block