Home Finance For Fed, sell-off could point to fading Trump stimulus By Reuters 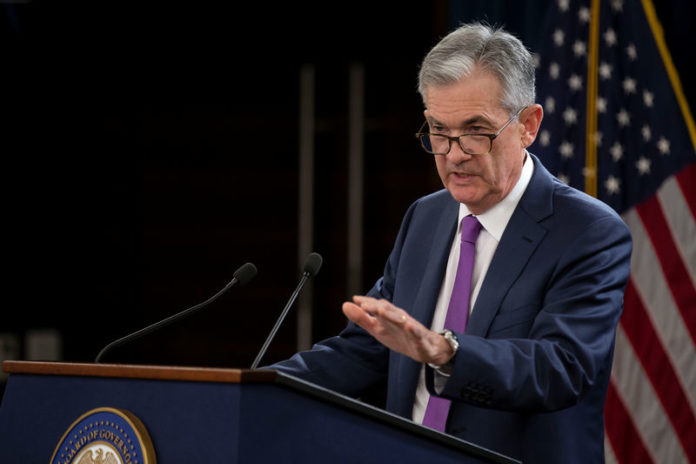 By Jonathan Spicer and Howard Schneider

NEW YORK/BATON ROUGE, La. (Reuters) – A three-week stock market sell-off may signal concerns that the massive stimulus from U.S. tax cuts and government spending will fade sooner than expected, a central issue for the Federal Reserve as it considers when to halt interest rate hikes.

For now, a more than 7 percent fall this month in the , which on Tuesday tumbled to July levels, is unlikely to derail plans for more U.S. monetary tightening in December, according to Fed policymakers.

Yet the sell-off, propelled by worries over rising tariffs and earnings of U.S. companies doing business in China, could begin to convince the Fed to scale back plans to continue rate rises next year and even in 2020.

More selling in the weeks and months ahead could begin to split what is currently a remarkably unified central bank between policymakers more and less willing to heed a warning from investors: that the hot U.S. economy cannot withstand the combination of trade-related knocks to global growth, rising prices and higher borrowing costs.

“It’s pretty clear that the market is saying that it feels the Federal Reserve is being too hawkish,” said Oliver Pursche, chief market strategist at Bruderman Asset Management.

David Gilmore, partner at FX Analytics in Essex, said: “Markets are starting to wonder if the good times generated from Trump’s tax cuts and deregulation are in the rearview mirror.”

The economy expanded at an annualized 4.2 percent rate, more than twice its potential, in the second quarter as President Donald Trump’s signature fiscal stimulus of $1.8 trillion in tax cuts took hold. Since then it has likely cooled a bit but the Fed expects it to grow a still-robust 2.5 percent next year, when policymakers predict the beginning of a smooth return to more normal economic growth.

Hints of inflation and a muscular labor market have allowed the Fed to settle into a gradual, quarterly rate-hike cycle.

“The question is … are we rapidly going to return to a pre-stimulus economic environment?” Atlanta Fed President Raphael Bostic told reporters on Tuesday. He added that while he takes market movements as a “signal” for his conversations with businesses, the data does not suggest the economy is on the cusp of a slowdown.

“We have to be mindful of whether the economy can really stand on its own moving forward, or whether it has been propped up by other things that when they are removed would reveal some weakness,” Bostic said in Baton Rouge, Louisiana.

Goldman Sachs (NYSE:) economists estimated the half percentage-point boost to economic growth from higher stocks earlier this year disappeared in October. A further 10 percent market drop would add to the drag and, coupled with “waning” fiscal support, could push growth below the economy’s potential of about 2 percent next year, the bank said.

American industrial heavyweights Caterpillar (NYSE:) and 3M (NYSE:) Co on Tuesday pointed to disappointing profits on the horizon, due to a slowing global economy, higher dollar and no clear end to a U.S.-China tariff standoff. That sentiment, along with worries that China’s economy is slowing and geo-political tensions rising, sparked Tueday’s sell-off.

Before March, when the first of the recent tariffs were announced on Chinese goods, the 23 U.S. companies most exposed to China had easily outperformed peers in the S&P index. But since then fortunes have sharply reversed and they have lagged peers by nearly 15 percent, according to Fathom Consulting.

Rate hikes tend to slow the economy with a lag, complicating the question of when the Fed should stop.

The “big uncertainty” for the Fed is deciding when the tax and spending boost will fade and what the economy can sustain, Dallas Fed President Robert Kaplan told reporters this month in New York. “That’s harder to judge when you’ve got this amount of fiscal stimulus going on.”

Will Carly Make Things Worse For Michael and Sonny?

No Honeymoon For Brazil’s Commodities With Bolsonaro In Office?

IL&FS CEO Ramesh Bawa quits: All you need to know about...