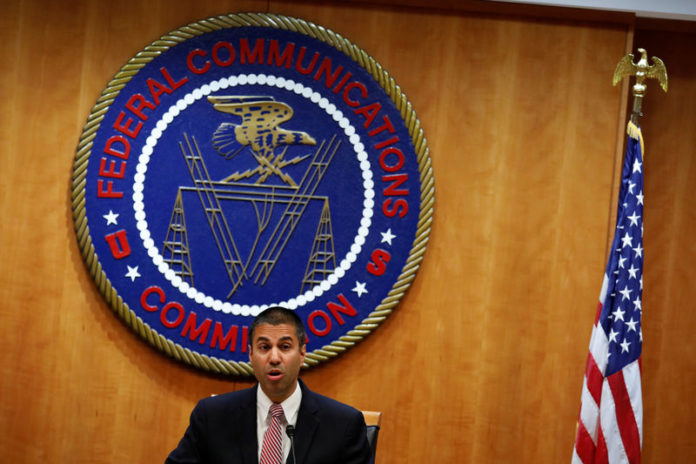 © Reuters. Chairman Ajit Pai speaks ahead of the vote on the repeal of so called net neutrality rules at the Federal Communications Commission in Washington

“The CenturyLink service outage is … completely unacceptable, and its breadth and duration are particularly troubling,” Pai said in a statement. “I’ve directed the Public Safety and Homeland Security Bureau to immediately launch an investigation into the cause and impact of this outage.”

Asked about the FCC investigation, a spokeswoman for CenturyLink said the company had been in contact with the federal agency and would cooperate fully.

“We have made substantial progress in restoring and stabilizing services across the network over the last several hours,” CenturyLink spokeswoman Linda Johnson said in a statement. “We remain focused on resolving all remaining issues.”

The Monroe, Louisiana-based telecommunications company did not immediately respond to a request for comment on the FCC investigation or provide information as to how many customers were affected.

Pai said he had spoken with CenturyLink “to underscore the urgency of restoring service immediately.”

“This inquiry will include an examination of the effect that CenturyLink’s outage appears to have had on other providers’ 911 services,” he said.

The FCC has previously fined carriers for 911 outages that it deemed preventable. CenturyLink agreed to a $16 million settlement after an April 2014 outage.

Chart Of The Day: Here’s How To Trade The Treasury Rout