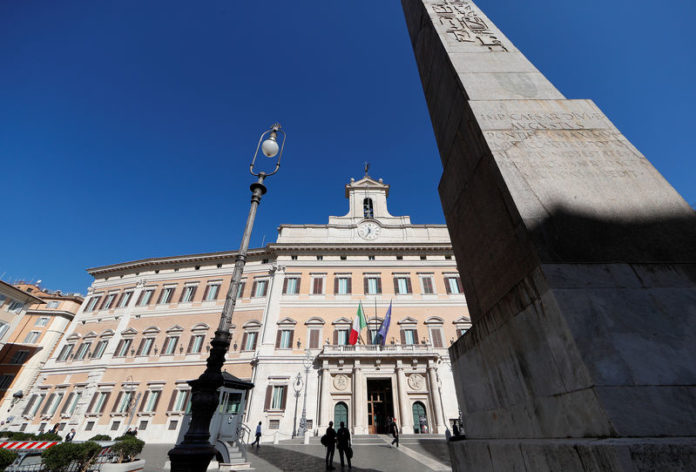 © Reuters. The Italian Parliament is pictured in downtown Rome

MILAN (Reuters) – The European Commission is willing to accept an increase in Italy’s deficit target to 1.95 percent for next year, daily newspaper La Repubblica said on Tuesday.

The EC has rejected Rome’s draft budget which says the deficit will rise to 2.4 percent of gross domestic product (GDP) in 2019 from 1.8 percent this year.

Italy’s Finance Minister Giovanni Tria is pushing the government to reduce its deficit target to 2.0 percent, to find a compromise with Brussels and avoid a procedure over the country’s budget, La Repubblica added.

Rome has in recent weeks shown willingness to reduce the deficit target. But it remains unclear how far it plans to go.

Italy’s Prime Minister Giuseppe Conte will meet the commission’s president Jean-Claude Juncker on Wednesday in an attempt to avoid the procedure which would keep Italy under prolonged market pressure and could lead to fines, cuts of EU funds and other financial sanctions.

In the NFL, this team offers the best ROI for fans

We want to decide on progress in banking union in December...