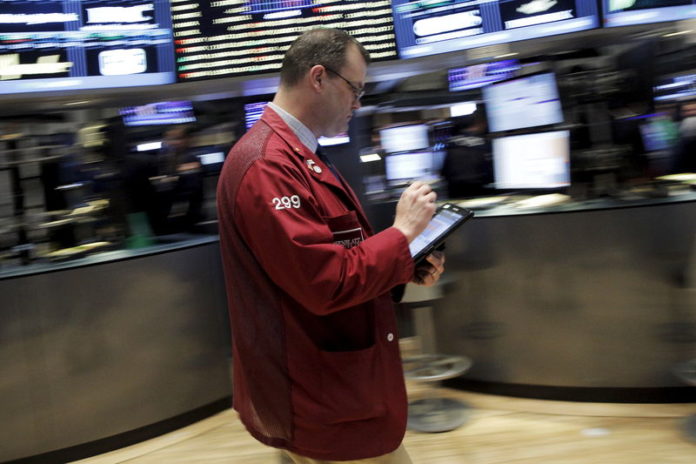 Apple (NASDAQ:), led the decline in the broader tech sector, falling 3% as concerns about its iPhone sales persisted in the wake of iPhone component suppliers warning on demand.

“Apple really has people questioning technology and the FAANGs. A lot of investors have their hopes pinned on Apple going up and that’s not happening,” said Kim Forrest, senior equity research analyst at Fort Pitt Capital Group in Pittsburgh.

Financial stocks also struggled after Democrat Maxine Waters, poised to become chair of the U.S. House banking committee, said regulations would not be eased any further on her watch, according to a CNBC report.

Goldman Sachs (NYSE:) and JPMorgan Chase (NYSE:) were both in the red.

“When Waters came up that had a profound impact on the markets and right about the time the S&P went negative,” said Forrest.

Wall Street did, however, find some reason to cheer after a report that the UK Prime Minister Theresa May’s cabinet had agreed to a Brexit deal, though some remained cautious as the deal is expected to face tougher opposition in the full UK Parliament.

Elsewhere, battered energy names found their footing as oil prices snapped a 12-day losing streak, though some warned the .

— Reuters contributed to this report

Video: Here's how to find the best credit card for your financial situation

Twitter to let users know when it takes bad tweets down