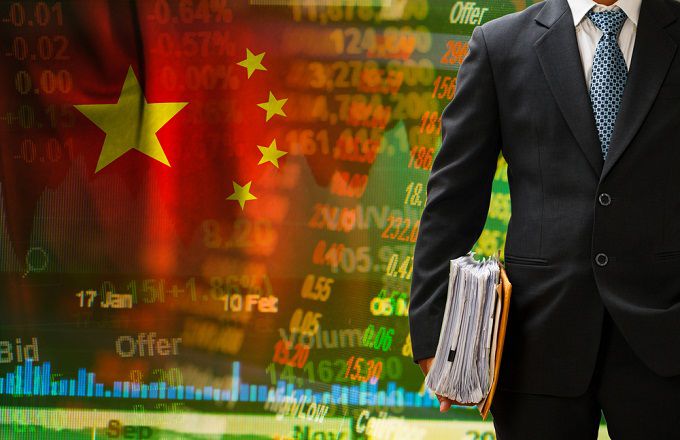 China stocks trading on U.S. exchanges have come off deep lows in recent weeks but are now struggling at resistance levels and could sell off once again, punishing optimistic dip buyers hoping for a trade agreement. The biggest tech names face the highest risk, with the arrest of Huawei’s CFO in Canada and intellectual property disputes having the potential to end decades of rapprochement.

The current malaise is also affecting price action on the Nasdaq 100 index, which includes Chinese tech components Baidu, Inc. (BIDU), JD.com, Inc. (JD) and NetEase, Inc. (NTES). The keepers of the index could choose to remove these companies from the membership list if a trade agreement isn’t reached in the first quarter of 2019 rather than sit on their hands while they carve another round of multi-year lows.

Nasdaq 100 component Wynn Resorts, Limited (WYNN) has also contributed to downside pressure, with Macau operations representing the casino giant’s most important profit driver. The stock fell to a two-year low in November, buffeted by credit controls and slowing revenue growth in the “Special Administration Region of the People’s Republic of China,” as well as fallout from the untimely departure of former CEO and founder Steve Wynn.

Baidu stock topped out near $250 in 2014 and entered a downtrend that accelerated during the August 2015 mini flash crash, dropping the stock to a two-year low. The subsequent bounce ended above $200 a few months later, yielding a symmetrical triangle pattern that broke to the upside in July 2017. The stock mounted the 2014 high in October and stalled out, building a topping pattern that broke to the downside in August 2018.

The decline reached support at the triangle apex in the $170s in October 2018 and has posted slightly lower lows in November and December, indicating weak buying interest that could yield a secondary breakdown targeting the 2016 low near $140. More importantly, it looks like price action has already broken a trendline going back to April 2013, suggesting that Baidu stock could eventually test 2015’s deep low at $100.

JD.com came public on the U.S. exchanges in May 2014, opening for business at $21.75. A two-legged uptrend topped out in the upper $30s in June 2015, giving way to a volatile decline that found support at the IPO opening print in June 2016. The subsequent recovery wave completed a round trip into the 2015 high in May 2017, generating an immediate breakout that reached the upper $40s in August.

A February 2018 breakout attempt failed, carving the head of a head and shoulders topping pattern with neckline support at $34.50. The August 2018 breakdown has picked up steam through the fourth quarter, dropping the stock through 2016 support and into an all-time low at $19.21. However, distribution eased in September and has remained in a holding pattern since that time, suggesting that JD.com stock will trade around $20 as long as the U.S. and China continue trade talks.

NetEase is one of the oldest China stocks trading on the U.S. exchanges, coming public at a split-adjusted $3.83 in June 2000. It entered a persistent trading range in 2005, with horizontal resistance in the mid-$20s limiting the upside until a 2009 breakout that generated healthy gains into December 2017’s all-time high at $377.64. The stock got cut in half into September 2018, bouncing at $185.

The recovery wave has been stuck at the bottom of August’s breakaway gap between $250 and $260 for the past two months while mounting the 200-week exponential moving average (EMA), which was also broken in August. This is constructive price action, suggesting that the stock is carving a long-term bottom. However, buyers should remain skeptical until the gap is filled and mounted with a buying impulse above $260.

China stocks trading on U.S. exchanges have become radioactive in 2018 and could post new lows if trade negotiations fail to yield an agreement.

Uncertainty looms at Yes Bank after board meet, will RBI change decision on Rana...

Brazil’s Bolsonaro says he can keep central bank chief Goldfajn in the job By...

The next big test for Elon Musk arrives this week