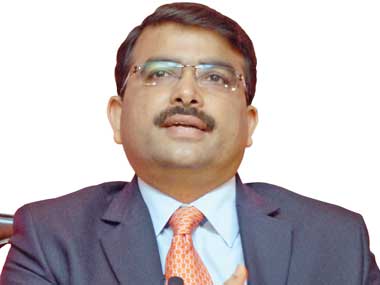 Recently a senior executive from a Fortune 500 bank was quoted saying that he heads a technology company with a banking licence. Do you agree with this unusual description of a bank?


Rishi Gupta: There has been a lot of disruption on the technology side. When we started Fino PayTech 10 years back we had looked at biometrics to reach the mass market. In the last two years, we see a lot of the ecosystem coming together to make it happen. The Aadhaar platform has 950 million people and with Jan Dhan we have 250 million accounts, which will need servicing, where again technology will play a big role. The millennials are moving to wallets and there are more and more bank-led wallets. Technology is no longer on the sidelines in banks, and payments banks will be completely technology-driven. We have to look at simplicity, scalability and security and all of it will come only through technology. 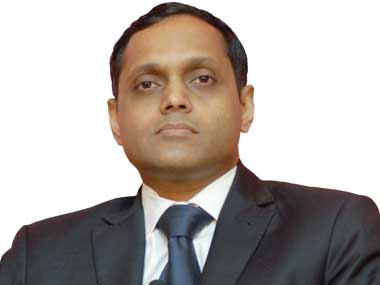 
A CEO of a prominent bank said that he wakes up every morning wondering if he will have a bank after 10 years. Obviously he was exaggerating to drive home a point, but do you share some of the concerns? Rajiv Anand: For many years the shape and form of banking has remained the same. Banks want to lend consumers money and I don’t understand why it will change in the next 25 years. But how we deliver these capabilities will certainly change and is already changing. For instance, just a few years ago customers needed to take a day’s leave to do their bank work. Now thanks to technology and mobile phones, you can do all that on your phone any time of the day or night. So your ability to serve customers in an environment where they are getting more digital gets critical. The government also wants to bring technology, Aadhaar and Jan Dhan together to implement financial inclusion. The second is an omni-channel approach where the customer touches us at various touch points such as ATMs, branches, internet banking, etc., to ensure a seamless experience. And that is not possible until and unless you have the proper technology in place. 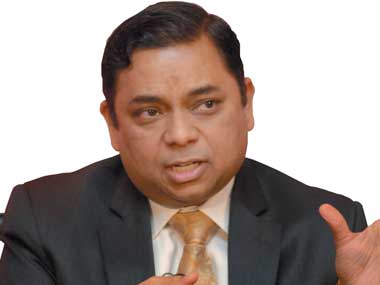 
As a lot of customers in the hinterland directly leapfrog from the traditional interface to mobile, what kind of challenges have you seen and how is SBI meeting them? 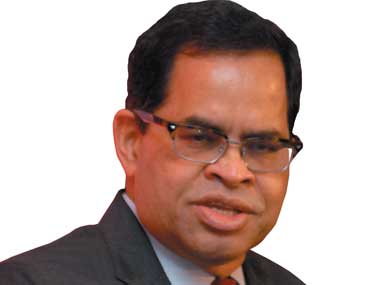 Mrutyunjay Mahapatra: I have a different take from the other panelists. We must examine what is happening in the ecosystem. The world is turning into a global village and as a result banks are becoming technology companies in one way or another. First, the availability of cloud has enabled banks to become completely IT-driven. Second, while disruption is happening, what is being underestimated is the ability to disrupt. Banks have tremendous ability to disrupt the disruptors. For example, the payments companies can provide a simple digital wallet, but banks can provide other services that we can bundle up and keep the market confused for a long time.


Third, data is the new oil, so it is a data-driven economy. Today, the value proposition to the customer is driven by data and banks are sitting on a gold mine of data. So plain-vanilla technology is out, only data-driven technology will survive. Fourth, some of the so-called walls are collapsing. For instance, branches are called stores in the US. The difference between retail chains and bank branches, or telecom companies and banks are collapsing. So banks have to survive by using technology. And last, only technology can come to the rescue for large banks like SBI. Seventy per cent of the customers may be below the age of 35 but 70 per cent of the money resides with customers who are above the age of 40 and they want things to be delivered personally rather than digitally. We can marry these two worlds only by adopting technology and delivering appropriate products. Technology companies becoming banks may not happen because there are regulatory barriers but banks becoming technology companies has already happened.


Rishi, what is the future of payments banks?


Banks are talking about innovation, but it is being said that this is only incremental and not holistic. What is your view?

Anand: Technology is being used across the entire gamut of banking, be it at the consumer level or operating level. We spend a lot of time and energy on design, to makes apps simple and intuitive, and improve consumer experience. We have done huge amount of work at the back-end to digitise processes. You cannot have a Ferrari in the front-end and a bullock cart at the back-end. Almost all our consumer lending business is being driven by data. We use data analytics and are now able to send pre-approved loan offers to our consumers and relationship managers. We are using tablets to open credit card, savings accounts instantly. We’ve already moved from having a digital banking silo to the bank going digital, and this shift will continue.


Kaushik: Every facet of the business model is changing. A third or more of our customers come to us digitally. Front to back innovation is also happening. We also talk about digital currency, such as bitcoins. There is innovation at every step, in the front end and the back end. While we may be at different cycles, our strength is the customer ownership and relationship that we have.


Mahapatra: Innovation has to co-exist with everyday operations. We have to do some things, not because they make money for us, but because they are cool. You’ll have to be in media saying we have done this. Here, the cool part has to co-exist with hard core business value proposition of it. Out of the 50 products that I may offer, only two-three are best-sellers, and they consume 50-60 per cent of my bandwidth.


About 57 per cent of domestic migrants still use informal channels to remit money. Why does such a large segment avoid banking completely?

Mahapatra: Banking channel will require KYC (know your client) and due diligence before accepting your money. Transformation from cash economy to digital economy should be made in a phased manner. People will gradually come to the banking channel.


Kaushik: Digital is only a transmission channel today. If I move money electronically, I still don’t have ways to utlilise it unless I convert it back to cash, so there is an arbitrage there. If I had the opportunity to move money, and today with the preponderance of mobile devices, to the retailer or utility, or whatever I do in the last mile ecosystem, my use cases would go up. We have to see if there is economics associated with that use case. I see evolution happening slowly, and new participants will bring innovation.

Gupta: Hopefully, we (payment banks) will play a big role in it.

Saipem revenues will not be impacted by cyber attack By Reuters

Russia says it won’t it borrow abroad in 2019 if sanctions...