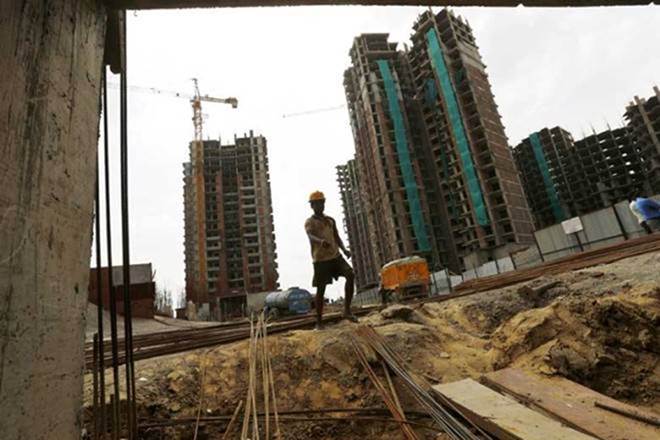 The Chief Financial Officer of the embattled Amrapali Group gets a monthly salary of Rs 50,000 a month but a sister company of the realty firm has paid Rs 2 crore as his income tax, the forensic auditors told the Supreme Court Wednesday. The top court was told that the Amrapali Group has even given a luxury car worth Rs 43 lakh to its CFO Chander Wadhwa. A bench of Justices Arun Mishra and U U Lalit was taken aback by the revelations made by forensic auditors appointed by it to look into the affairs of Amrapali Group, and grilled the CFO while asking him to furnish each and every details of the benefits taken from the firm by Thursday.

“Why a company clears your tax liability of Rs 2 crore when your salary is just Rs 50,000 month. What were the benefits you have got from the company. You have to furnish the details by tomorrow about your exact role in the company and give each and every details,” the bench asked Wadhwa. Wadhwa, who was grilled twice in as many hearings, said that he was given a car to commute by the company in 2017 and only got professional charges besides the salary.

“Don’t try to fool us. Don’t even try to make mockery of the court. You will be put behind bars, if you do not disclose correct facts to this court. We cannot go on interrogating you like this. The Enforcement Directorate should look into this aspect,” the bench said. The bench said that companies incorporated by Wadhwa acted as a conduit to divert home buyers’ money from the Amrapali Group.

“By tomorrow, we want on affidavit details of the funds you have received from Amrapali Group and to which company it was transferred. You also have to disclose on whose authorisation, the money was transferred. Don’t give incorrect facts, otherwise you may be held guilty for non-disclosure of facts,” the court said.

On October 23, the CFO, who had earlier claimed “memory failure”, was grilled by the apex court and had to answer searching questions prompting the court to observe “his memory was intact” Wadhwa had chosen to remain silent when he was quizzed by forensic auditors appointed by the court, saying he has lost his memory. He later apologised for his conduct before the forensic auditors.

Wadhwa was asked several questions about his date of joining the company and in what capacity he was taken on board. He was also asked about his role in the company and how he used to work. During questioning with the forensic auditors on October 12, Wadhwa had chosen to remain silent, saying he does not remember anything and has suffered a memory loss.

He had, however, answered personal questions such as the date of marriage, name of college and school passing year. The court is seized of a batch of petitions filed by home buyers who are seeking possession of around 42,000 flats booked in projects of the Amrapali group.

Third Point lowers nominees to Campbell Soup board from 12 to...