Home Business Your old phone is a security risk. Live with it: Adam Minter 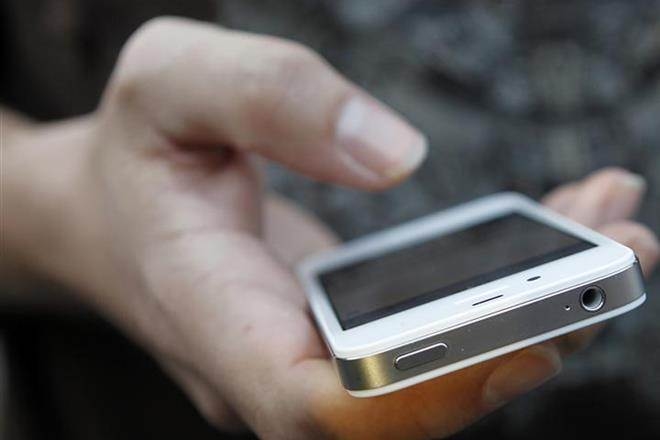 That obsolete smartphone stashed away in a drawer or closet may not look like a national security risk, but the Trump administration is contemplating treating it as one. Unscrupulous Chinese recyclers and manufacturers could transform old phones into “counterfeit goods that may enter the United States’ military and civilian electronics supply chain,” according to a draft rule. To prevent that from happening, the Department of Commerce proposes to severely restrict the export of used electronics.

It’s not a new idea. Over the last decade, similar proposals have failed repeatedly in Congress. But the government’s anti-China policy and rhetoric have raised hopes among proponents of export restrictions that they have an ally in the White House. America’s consumers, environmentalists and the military should hope that they don’t. The U.S. accounted for less than 15 percent of the used electronic gadgets tossed out globally in 2017, ensuring that a ban would give only a false sense of security while exacting a significant economic and environmental toll.

In the late 1990s, journalists and NGOs began documenting the horrific damage caused by low-tech electronics recycling in southern China. The reports were accurate, yet told only part of the story. The other, bigger element related to the secondhand market for electronics. Then and now, strong developing-country markets for affordable used devices and parts — working or not — are what draw e-waste offshore. In China, used electronics traders earn as much as 80 percent of their revenues by selling devices and parts to be used as such — and not as recyclable gold, copper or other raw materials.

That trade exists in plain view. In Shenzhen, China’s high-tech hub, the Huaqiangbei neighborhood is home to thousands of companies buying and selling secondhand devices and parts, many sourced from the country’s recycling zones. Need 1,000 iPhone 6 logic boards? Huaqiangbei’s vendors can arrange them by leveraging China’s vast, informal network of recyclers. Want 2,500 Samsung Galaxy 5 LCD screens (or LCDs that might pass as Galaxy 5 LCD screens)? Those, too, can be arranged, as can the universe of processors and other components necessary to make and repair electronics produced in the factories of southern China.

Many of those parts make their way into new devices. The most common destinations are lower-priced consumer goods aimed at developing nations. For example, last year a Shenzhen-based dealer of used flat-panel displays told me that one of his manufacturing customers uses secondhand components in 10 percent of the “new” production coming out of his factory, so as to preserve profit margins.

Similarly, smartphones manufactured for the African and Indian markets are often outfitted with recovered screens and other parts (and have the shorter lifespans and cheaper prices one would expect). Rarely are consumers informed of these substitutions, leading many critics to accuse Chinese suppliers — rightly — of counterfeiting.

None of this is news to the U.S. military. In 2012, the U.S. Senate Armed Services Committee released a report revealing at least 1,800 cases in which a minimum of 1 million bogus parts turned up in military equipment. Most were sourced from China, with one supplier — Shenzhen-based Hong Dark Electronic Trade — supplying 84,000 suspect components. These counterfeit parts not only defraud the U.S. military, they impose significant security and safety risks.

In recent years, the military has taken steps to curb the trade. Shortly after the committee report, Congress adopted legislation requiring enhanced inspections, reporting and penalties for procuring counterfeit parts. Export controls on used electronics weren’t among the recommendations, and that’s for a good reason. Asia, rather than Europe or North America, accounted for the greatest volume of e-waste generation, at around 40 percent of the total. China, home to more than 1 billion smartphone users, was the largest source.

Who, then, would benefit from restrictions on used electronics exports from the U.S.? Certainly not the military, which will still need to remain on guard against counterfeits entering from China. Instead, U.S. export controls will provide a false sense of security to organizations that source parts in China, while imposing direct environmental costs on both countries.

After all, the re-use of a gadget — whether a smartphone or a semiconductor — is always a greener option than recycling it into raw materials. It’s also more profitable and reduces the costs of disposal for consumers. The Department of Commerce shouldn’t be eager to curb those benefits in order to further the Trump administration’s anti-China strategy.

Google CEO defends ‘integrity’ of products ahead of testimony By Reuters