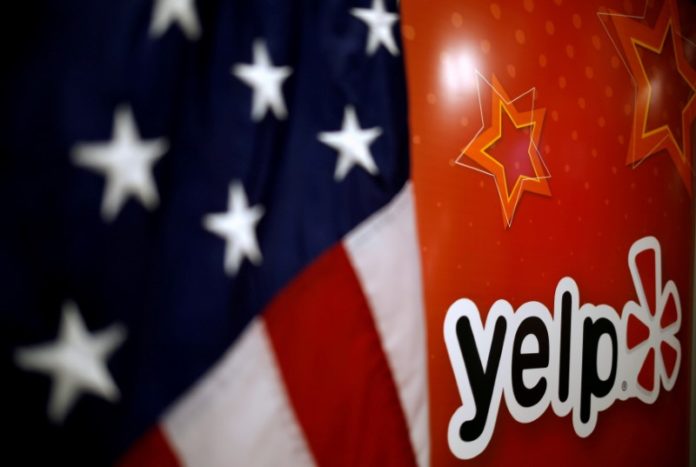 © Reuters. FILE PHOTO: The Yelp Inc. logo is seen in their offices in Chicago, Illinois

BRUSSELS (Reuters) – U.S. search and advertising company Yelp has lost its bid to intervene in Google’s challenge against a 2.4 billion euro ($2.7 billion) EU antitrust fine after an EU court said it had no direct interest in the case.

The Luxembourg-based General Court also rejected an application by U.S.-based lobbying group Consumer Watchdog for the same reason, according to its Dec. 7 ruling.

The case had been triggered by British price comparison shopping site Foundem while other European and U.S. rivals also filed complaints.

Yelp had bid to take part in the court proceedings so that its rights and interests would be covered by the final ruling in the case.

The General Court, however, backed Google’s argument against Yelp’s intervention, saying that while Yelp took part as an interested third party in the EU investigation, it runs a different business from Google.

“As Yelp does not operate a search service that specializes in comparison shopping results, it cannot be directly affected by the ruling regarding the contested act and thus does not satisfy the criterion laid down in the case-law,” judges said.

Judges said FairSearch had failed to prove that it is a representative body. They also rejected intervention bids from Prestige Gifting, Connexity, Pricegrabber.com Ltd and lobbying group ICOMP.

This is one of two Google challenges against EU antitrust rulings, with the other related to Android.

India becomes one of 8 countries to get waiver on Trump’s Iran sanctions; here’s...