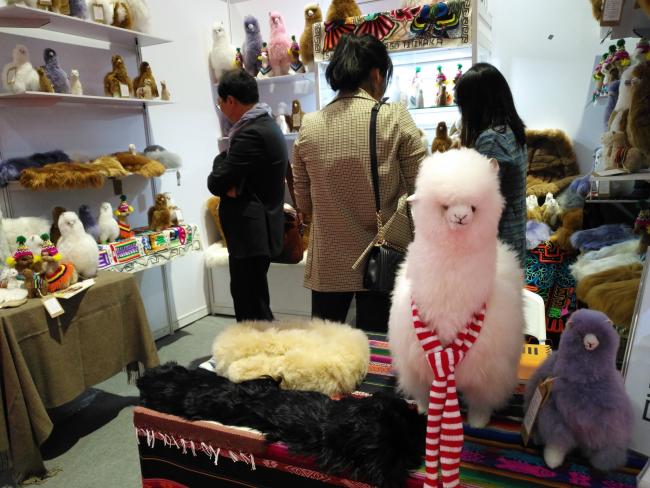 (Bloomberg) — Chinese President Xi Jinping opened the International Import Expo in Shanghai on Monday, giving a speech that was long on promises to support globalization and open the economy, but short on detail.

The speech “gave entrepreneurs like me a lot of confidence,” said Bai Eryun, general manager of Inner Mongolia Erdos International Trade Ltd.,31 which exports woolen products. “Opening up, cooperation and multilateralism are the future.”

Antonis Toumazis, the Cypriot ambassador in China said that the values of openness, cooperation and multilateralism that Xi laid out are shared by Cyprus, adding that if China wants to open up, it can do that very fast.

Others expressed skepticism about the promises.

“It seems like there were good statements and good headlines, but what we want are concrete actions and a concrete timetable of reform,” said Carlo Diego D’Andrea, the Shanghai chairman for the European chamber of commerce. “We can’t let the CEOs of European companies in China to set up their businesses on a foundation of hope that reform will come.”

Maggie Chen immigrated from Shanghai to Australia in 1988, setting up Product of Australia Trade Pty Ltd in Melbourne. She’s back now at the International Import Expo, looking to expand her alpaca wool product business in China’s massive market. In Australia, her company has about 20 people producing toys and other goods, and it opened a physical store in Shanghai in 2016.

A few booths away from hers, Warmipura Arte Exportaciones S.A.C. is also selling products ranging from stuffed alpaca toys to slippers made of the animal’s wool. A 50-50 joint venture set up in Peru, the company is solely focused on the Chinese market, according to sales manager Liu Jiao’e. The Chinese cofounder established the firm there in 2016, hiring local families to make handicrafts and then exporting them to China. Sales have doubled to 1 million yuan ($145,000) in two years, Liu said, and have the potential to grow.

In 1971, the visit of an American table-tennis team to China began the normalization of relations between the cold war adversaries.

Now, Japan’s Omron Corp. is turning to the same tool, using a ping-pong playing robot to demonstrate its sensors and artificial intelligence technology to Chinese customers at the import expo in Shanghai. The cameras constantly analyze the human opponent’s actions and can predict when the player is preparing a “smash,” even before paddle hits ball, according to engineer Satoshi Yase. The technology aims to understand human intentions, he said.

That can be useful on factory floors, improving worker productivity through automation, PR spokeswoman Linda Zhu. The technology in the robot is already being used in China, especially in the semiconductor and car sectors, she said.

Robotics and automated production are sectors where China is attempting to develop world-class industry as part of its “Made in China 2025” plan. So for Omron, what is an attractive market now could disappear in a few years, as Chinese companies look to replace imported technology. But at least for now, the company has a monopoly on the ping-pong robot sector.

We’ll be taking you through all the sights and interesting nuggets from the fair over the next few days, digging into topics like the battle for the Chinese consumer, the struggle to capture customers in the world’s largest market by population, and how the big shifts that are taking place amid Trump’s trade war are affecting ordinary companies trying to do business.

Judging by the number of companies attending the China International Import Expo this week in Shanghai, Japan sees plenty of opportunities to expand exports.There’s over 400 firms from Japan exhibiting their wares at the show, more than double the number from South Korea, which is in second place. Companies are aiming to take advantage of the growing middle-class in China, showing off goods like a Japanese energy drink that claims to preserve collagen proteins, or a Korean cooking machine.

And while Chinese imports of U.S. soybeans have collapsed due to the trade war, the U.S. Soybean Export Council has a display promoting sustainable methods of soybean production and techniques for circulating water in fish-farming ponds.

The expo proper doesn’t open until 3:30 p.m. today, as President Xi Jinping is touring the site before that. There was considerable anticipation ahead of his speech in the morning, at which he took a veiled swipe at U.S. President Donald Trump, but didn’t announce any detailed measures to liberalize imports.Read More: China’s New Love of Imports Leaves Long Road to Trade Balance

Meanwhile, some bored reporters trying to use the Internet at the massive National Convention and Exhibition Center have been handed a sign of the times: Foreign nationals were given a nifty VPN that allows them to circumvent China’s web censorship; Chinese nationals were not.

To contact the editors responsible for this story: Jeffrey Black at jblack25@bloomberg.net, James Mayger

Ivanka Trump says email use has ‘no equivalency’ to Hillary Clinton...