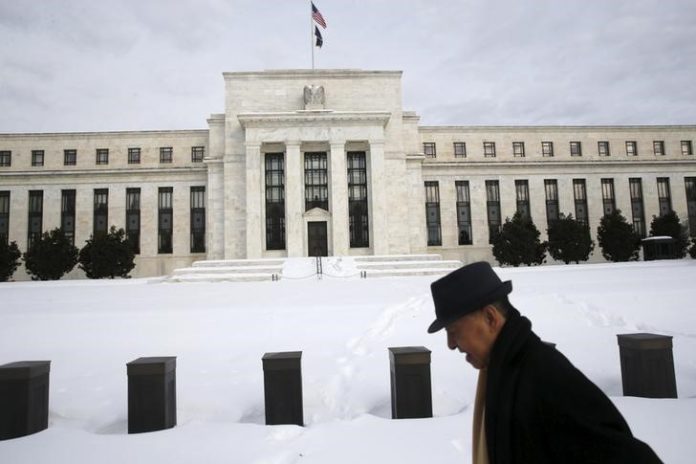 (Bloomberg) — Reporters and economists from Bloomberg Economics seek to answer the key questions for the world economy in 2019.

Will the Global Economy Slump?

No. For sure, financial markets are skittish, central banks are turning away from easy money and there is a trade war under way. But the International Monetary Fund still forecasts a third year of growth around 3.7 percent, and even if the world falls short of that it’s still set for a fairly decent expansion. Ballast should come from monetary policy staying historically loose, governments easing fiscal policy and tight labor markets.

WHAT OUR ECONOMISTS SAY: 2018 started with strong, coordinated global growth. 2019 will not. The world economy will expand at a slower pace, and with a marked divergence between the U.S. and the rest. Heightened financial market volatility and shrinking export orders flag that the peak of the cycle is past. They are not an indicator of impending recession. — Tom Orlik

Will the Trade War Escalate or Fade?

This is arguably the biggest question confronting the global economy in 2019. And the fact there is no clear answer ought to be reason to worry. The tentative truce between President Donald Trump and China’s Xi Jinping is encouraging in the short term. Nervy financial markets and concerns over the moderating of both economies have been pushing the two leaders in the direction of a deal. Then again, even with a grand bargain, the majority of the U.S. tariffs on $250 billion in imports from China will remain in place through 2019. As will the threat of more to come if China doesn’t deliver meaningful reforms. Likewise, there are likely to be more ups and downs in relations through the year. There will be more tweets from Trump and invocations of China’s history of standing up to foreign pressure from Xi. The trade wars are becoming a permanent feature of relations between the world’s two largest economies.

WHAT OUR ECONOMISTS SAY: The trade truce between the U.S. and China will hold. China won’t deliver the deep structural reforms U.S. hawks are demanding. It will do enough for the U.S. to claim a win and kick more protectionist measures further down the road. Even in that optimistic scenario, the front-loading of exports in 2018 will reduce shipments in 2019. — Tom Orlik

The Fed projects two rate increases in 2019 and another move in 2020, based on a confident outlook of continuing solid growth. Investors think that optimism misses underlying economic weakness. Fear the Fed will tighten too far has triggered steep losses in U.S. stocks. Also expect more Twitter pressure from Trump on Chairman Jerome Powell if monetary policy keeps getting tightened.

WHAT OUR ECONOMISTS SAY: The recent tightening in financial conditions and cooling global growth will not be enough to cause the Fed to pause rate hikes in 2019. While the economy is expected to moderate, growth will remain above its long-run trend and a strong 2018 suggests that some additional inflationary pressures may be in the pipeline. This argues for a few more rate hikes to ensure that inflation does not unexpectedly rise. — Tim Mahedy and Yelena Shulyatyeva

Can China Control Its Slowdown Without Massive Stimulus?

It’s going to be a close-run thing, though the first quarter should provide a strong signal. By then, the extent of the negative impact of the trade war on exports should become clearer as the effect of ‘‘front-loading’’ of shipments begins to wane. Progress, or otherwise, in trade negotiations between China and the U.S. ought to become evident as a March 1 deadline approaches. Policy makers are showing every sign of wanting to continue with targeted, limited stimulus measures. A lot rests on the consumer though. Retail sales growth ended 2018 near the slowest pace in over a decade, suggesting that rising household debt coupled with cost-of-living surges in the biggest cities is really beginning to bite. It may take a more explicit pro-growth strategy from the government to break that negative cycle.

WHAT OUR ECONOMISTS SAY: China can probably achieve a gradual deceleration in growth, but the path the trade war takes is pivotal for the growth composition. Less pressures on exports in the scenario of easing trade tensions would give policy makers more room to respond in a measured way that entails less reliance on investment-driven economic stabilization — a positive for long-term growth. Yet in a scenario of intensified trade tensions, policy makers would probably shift to strong stimulus, particularly if combined effects of external and domestic demand pressures lead to widespread unemployment and corporate distress. — Tom Orlik

Will There Be a Brexit Deal?

The probability has increased of a no-deal Brexit which the Bank of England says could have catastrophic consequences for the economy. While most economists still expect disaster to be avoided, even that won’t clear the way for gangbusters growth. With retailers struggling, house price growth slowing and inflation still above the BOE’s target, the expansion is expected to remain at best subdued and well below the pace seen before 2016’s referendum.

WHAT OUR ECONOMISTS SAY: Among all the Brexit noise, one clear message has emerged: a majority of U.K. lawmakers are against a no-deal outcome. That leaves us quietly confident that a pact between the U.K. and EU will emerge next year. For the economy, the news would likely deliver a cyclical boost as more certainty, looser fiscal policy and faster real-income growth all help to raise gross domestic product growth to close to 2 percent. — Dan Hanson

Emerging markets at least have a more dovish Fed and softer oil prices to offer calm in 2019, and market analysts are on their side: EM assets are forecast to make a comeback in 2019, following their worst year in three, according to a Bloomberg survey of 30 investors, traders and strategists. Morgan Stanley (NYSE:) even says such economies will return to drive world growth. Yet pockets of stress still risk explosion. Argentina and Turkey always face political risks, while South Korea is ridden with debt and Russia could be slapped by fresh U.S. sanctions. South Africa is dealing with a wobbly economy and election uncertainty. Latin American currencies, such as the Mexican, Colombian and Argentine peso, remain vulnerable as questions linger over the ability of governments to control spending.

WHAT OUR ECONOMISTS SAY: Uncertainty about Fed tightening, trade and oil prices will spill into the new year. A slowdown in global growth could fuel further risk for emerging markets. But the next crisis is likely to start closer to home, with politics delivering the spark. — Scott Johnson

It’s unlikely. Gross domestic product will probably contract in the fourth quarter after the levy is raised to 10 percent from 8 percent on Oct. 1. But an aggressive raft of measures from Prime Minister Shinzo Abe’s government is expected to limit the pain to just one quarter. Tax breaks on homes and car purchases are probable, and pressure is already mounting on credit-card companies to reduce transaction fees. And most food will be exempt from the increase, softening the blow on the average household. The Bank of Japan will provide a helping hand, keeping borrowing costs extremely low until the full impact of the hike is known.

WHAT OUR ECONOMISTS SAY: The hike will be a hurdle. Even so, the economy may be better able to cope with the increase than it did the last one in 2014. This time around, the increase will be smaller — 2 percentage points, instead of 3 points. Exemptions for groceries will reduce the effective increase to 1 point. In addition, Japan’s government has settled on the record-sized budget for the fiscal year starting in April 2019 to keep the economy humming. In terms of sustaining growth, this is positive. In terms of reining in the budget deficit, it’s not. — Yuki Masujima

Will the ECB Get to Hike Interest Rates?

It depends on whom you ask. The European Central Bank says euro-zone interest rates will be kept at record lows “at least through the summer of 2019,” implying that the liftoff could come late in the year. Economists share the ECB’s analysis that domestically driven growth is solid despite recent weak data, and predict the first increase in September. Investors take a different view. They’re concerned the single currency area is on the verge of a more protracted slowdown amid trade tensions and political instability. They’re pricing a move around April 2020, by which time it will be the job of President Mario Draghi’s successor.

WHAT OUR ECONOMISTS SAY: Definitely, if the outlook unfolds as Draghi and his colleagues at the European Central Bank expect. Growth of 0.5 percent a quarter for much of next year and solid gains in pay would mean there is little reason to delay. Our own forecasts see growth settling at 0.4 percent a quarter — that suggests a hike to the deposit rate will still come in 2019, but a little later. — Jamie Murray

To contact the editors responsible for this story: Simon Kennedy at skennedy4@bloomberg.net, Brian Swint, Andrew Atkinson

The godfather of Brexit who gave Theresa May a lifeline: Michael Gove By Reuters

Apple and Microsoft Battle to be Largest Public Company

JSW Steel emerges as preferred bidder for iron ore mine in...