Home Business Who Has A Better Chance Of Winning The 2018 Texas Senate Race? 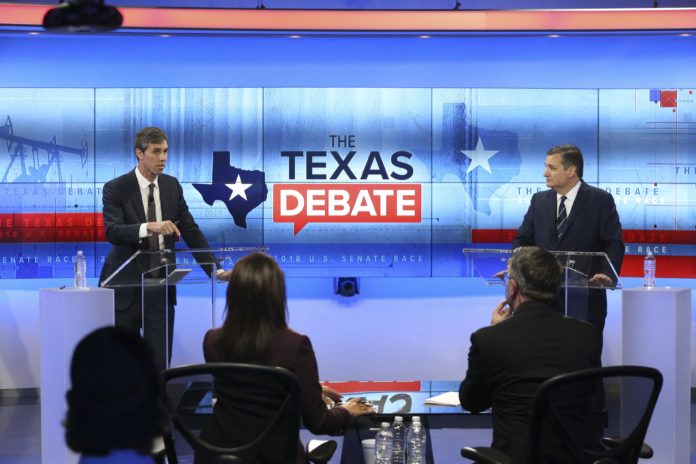 As many political junkies scramble to analyze the latest polls ahead of Tuesday’s midterm election, an obvious source for prognostication is often overlooked: Las Vegas oddsmakers.

Mostly cited for sports and Oscar odds, some betting websites offer the chance to wager on politics and thus provide the probability of a race’s outcome. One of the most heated elections is in Texas, where Republican Sen. Ted Cruz is looking to fend off a fierce challenge from Rep. Robert “Beto” O’Rourke, a Democratic congressman from El Paso.

According to betting site Bovada, Cruz is the clear favorite to win the election with -550 odds, while O’Rourke is the heavy underdog at +375. Another betting site, MyBookie, gives O’Rourke a stronger shot at +250, while Cruz is favored at -400. Oddschecker wrote that it “can exclusively reveal that O’Rourke now has a 25% implied chance of winning the Texas midterm election.”

All 21 polls listed on RealClearPolitics.com have Cruz ahead of O’Rourke. However, the latest poll, from Emerson College, had Cruz leading by just 3 points, which is within the margin of error.

According to forecasting site FiveThirtyEight.com, Cruz has a 77 percent chance of winning. Editor-in-chief Nate Silver still offered some very dim hope for O’Rourke.

“If every eligible voter in Texas turned out, that could be a very close race,” Silver told George Stephanopoulos on “This Week” in late October. “If not, you could see [O’Rourke] getting 47, 48 percent. You need 50 to win, and it is still a very red state.”

In campaign stops in Lewisville, Carrollton, Plano, Murphy and Dallas, O’Rourke appeared optimistic that early voting would help pull off an upset.

“If this continues, we win,” O’Rourke said on Friday.  “I feel very good about our prospects, not just on election night but on being able to deliver for the next six years that follow.”

While things oddsmakers present a bleak forecast for O’Rourke on Tuesday, his political career may not be over.

Facebook now has a War Room to fight election interference