Home Business When Do We Turn Our Clocks Back? 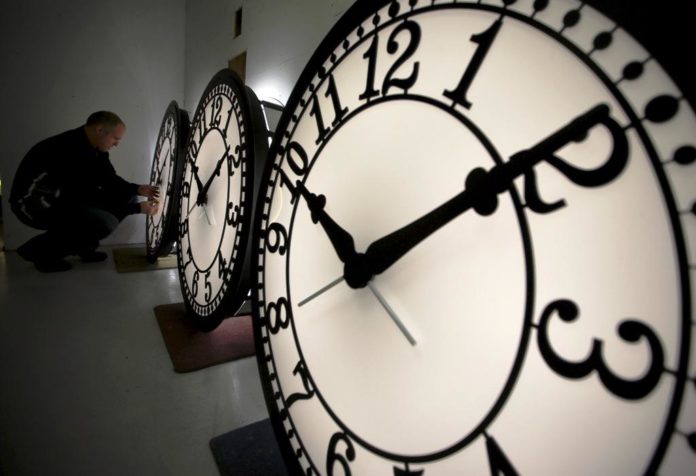 Daylight saving time ends Sunday at 2 a.m. with many Americans and people across the world getting an “extra” hour of sleep as clocks change from 2 a.m. back to 1 a.m. The clock will change back to standard time which the United States will follow until March 2018 when daylight saving time will kick in again.

The concept of daylight saving time was brought in by Benjamin Franklin to extend the days during the warmer summer months. Daylight saving became a law after 1966 when President Lyndon Johnson made it an official practice. During the earlier days, the clocks moved ahead by an hour on the last Sunday of April and ended on the last Sunday of October. Former President George W. Bush changed the law to fit with a new energy policy in 2005, making the change of clocks to start daylight saving on the second Sunday in March and end it on the first Sunday of November.

Most of the computers and cell phones now have mechanisms to change their clocks automatically. However, one might still have to check and fix the time on the microwave, watch, and on one’s car.

On April 30, 1916, Germany became the first ever country to adopt daylight savings. Roughly 78 countries across the world observe daylight savings time, however, Russia, India, China and Japan do not follow.

Other than Hawaii and Arizona, a handful of U.S. territories — including American Samoa, Guam, Puerto Rico and the Virgin Islands — also do not observe daylight saving time.

Here are some quotes about the annual time change from Search Quotes and Goodreads.

1. “I say it is impossible that so sensible a people [citizens of Paris], under such circumstances, should have lived so long by the smoky, unwholesome and enormously expensive light of candles if they had really known that they might have had as much pure light of the sun for nothing.” — Benjamin Franklin

2. “There are very few things in the world I hate more than Daylight Savings Time. It is the grand lie of time, the scourge of science, the blight on biological understanding.” — Michelle Franklin

4. “Don’t forget it’s daylight saving time. You spring forward, then you fall back. It’s like Robert Downey Jr. getting out of bed.” — David Letterman

5. “You will never find anybody who can give you a clear and compelling reason why we observe daylight saving time.” — Dave Barry

6. “I don’t mind going back to daylight saving time. With inflation, the hour will be the only thing I’ve saved all year.” — Victor Borge

Democrats Are Still In Denial

Why Cyclical Stocks May Outperform In 2019

China news app lures with clickbait and cash By Reuters