Home Economy What is Industry 4.0? Narendra Modi explains how AI, blockchain will change... 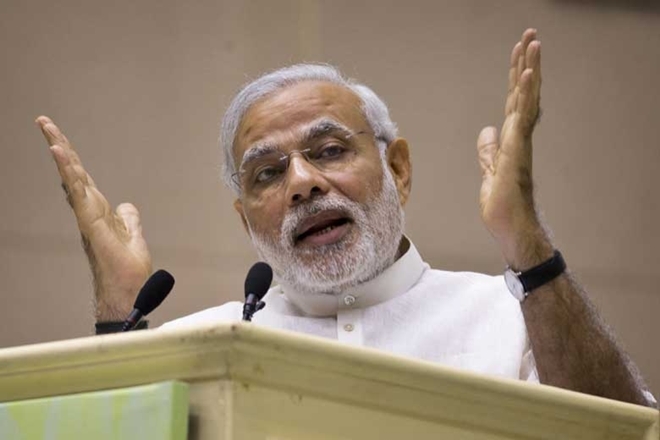 Prime Minister Narendra Modi Thursday allayed fears of job loss due to the emergence of new technologies, saying that new technologies such machine learning, artificial intelligence, Internet of Things (IoTs), the blockchain, big data and others will rather change the nature of employment and help in generating more opportunities in the country.

“Some people are worried that the advancement of technology will have the negative impact on jobs but the reality is otherwise. Industry 4.0 will touch those aspects which still remain untouched so far. It will change the nature of the job and create new opportunities,” Modi said while speaking at the launch of the World Economic Forum (WEF) Centre for the Fourth Industrial Revolution.

The Centre, which will be based in Maharastra, is fourth in the chain after San Francisco in the US, Japan’s Tokyo and Beijing in China. To begin with, the centre in India has selected drones, blockchain and artificial intelligence as the first three project areas. NITI Aayog will coordinate the tie-ups on behalf of the Indian government. It aims to bring together industry leaders and the government together to pilot emerging technology policies.

Narendra Modi further said the government is open to policy changes to help reap the dividends of the fourth industrial revolution. He also noted that the expansion of artificial intelligence and ‘Industry 4.0’ will help the farmers, benefits the agriculture sector, lead to better health care in the country and bring down costs.

“Our diversity, our demographic potential, fast-growing market size and digital infrastructure has potential to make India a global hub for research and implementation,” he said.

Meanwhile, Modi also stated that the government is working towards connecting all 2.5 lakh village panchayats with optic fibre and work is expected to be completed soon, while adding that more than 120 crores Indian are currently having Aadhar card and mobile data consumption has grown 30 times in four years. While pointing out the government’s efforts to create a Digital India, Modi said that work is being done to bring about 32,000 wifi hotspots in rural areas.

China’s Xi pledges ‘unswerving’ reforms, but on own terms By Reuters

Bank of America completes Brexit switch to Dublin By Reuters