Home Market What Are the Top China ETFs for 2018? 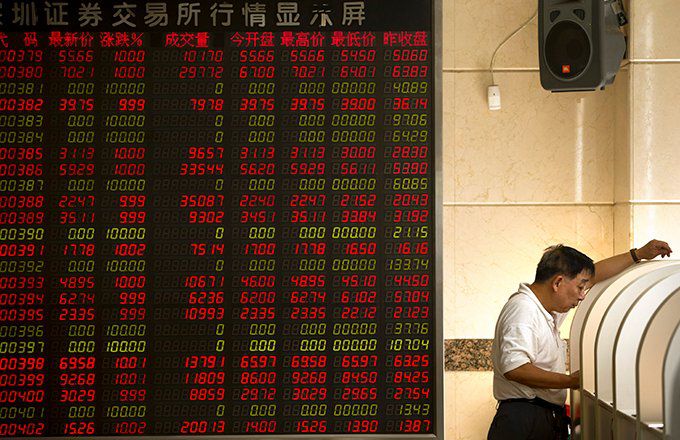 Trade tensions are high heading into 2019, and it’s not looking like the U.S. or China are going to be making any resolutions this new year. Authorities in the two countries have enacted new tariffs on products that are commonly exchanged, including cars, smartphones, and soybeans. President Donald Trump and President Xi Jinping agreed upon a temporary truce at the G20 Summit earlier in December, but investors and market analysts are holding their breaths for the next chapter in the U.S.-China trade war.

Trade tensions or not, many U.S. exchange-traded funds (ETFs) remain interested in China-based corporations. In fact, there are a number of ETFs focused exclusively on China equities at this time. For many of these funds, the fallout from the U.S.-China trade war has been disastrous. In fact, at the time of writing, only a handful of ETFs investing in China have managed to eke out positive returns year-to-date. In this article, we take a closer look at some of the best — or in many cases, the least bad — ETF performers investing in Chinese companies right now.

When it’s been a bad year for stocks, that probably means it’s been a good year for inverse exposure ETFs. As the name suggests, holders of inverse exposure funds like the Direxion Daily CSI 300 China A Share Bear 1X Shares ETF (CHAD) see positive returns when stocks decrease in price. CHAD stands out for being the only China-focused ETF to win double-digit gains so far in 2018. The downside is that CHAD is still a relatively small fund, with total assets of just under $80 million.

The iShares China Large-Cap ETF (FXI) is one of the largest funds invested in China in the world, with assets of more than $5.8 billion. FXI is also the best-performing China-focused ETF with more than $100 million in AUM for 2018 so far. Nonetheless, FXI has fallen by more than 10.9% year-to-date. FXI tracks 50 of the largest Chinese stocks traded on the Hong Kong Stock Exchange. It focuses on H-shares, P-chips, and Red Chips, as well as A-shares and other Chinese large-cap names.

The fund’s three largest holdings are Tencent Holdings (with a weight of close to 9%), China Construction Bank Corp. (8.85%), and Industrial and Commercial Bank of China (7.28%).

With close to $954 million in AUM, the SPDR S&P China ETF (GXC) focuses on a broad index of Chinese shares. GXC does not focus on market cap size, although the fund is cap-weighted, with large-caps receiving the largest share. Unsurprisingly, GXC has been impacted by the slump in Chinese stocks, and the fund has lost just under 16% year-to-date.

Like GXC, the iShares MSCI China ETF (MCHI) tracks an index of investable Chinese shares covering all market-cap sizes. Similarly, MCHI is also cap-weighted, although it tends to focus its investments on financials and technology. It’s worth noting that MCHI is about four times larger than GXC by assets and has roughly $3.73 billion in AUM at the time of writing. MCHI has declined by 16.4% so far in 2018.

MCHI’s top three holdings are exactly the same as those of GXC, although they are weighted somewhat differently. Tencent Holdings comes in first at just over 15%, followed by Alibaba Group at 12.67%, then China Construction Bank Corporation at 5.2%.

The KraneShares Bosera MSCI China A Share ETF (KBA) focuses on large- and mid-cap Chinese equities. KBA only holds companies which are included in the MSCI Emerging Markets index as well as the Shanghai and Shenzhen listings. KBA’s strategy has netted it a loss of 23.5% so far this year, which nonetheless means that this $314 million-fund is still one of the top performing large China ETFs.

Your old phone is a security risk. Live with it: Adam Minter