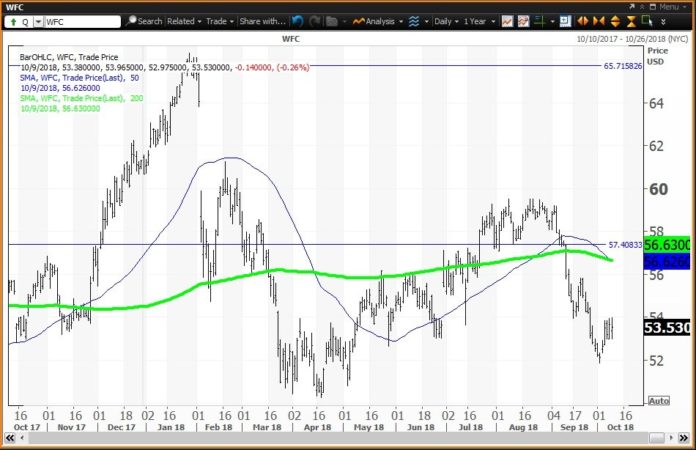 Wells Fargo & Company (WFC) has been the third largest among the four “too big to fail” money center banks since the beginning of 2018, as clients moved accounts elsewhere given the scandals that have rocked the banking giant over the past several quarters. Before this year, Wells Fargo was the second largest bank. The bank had $1.694 trillion in assets at the end of Q2 2018, down 2.5% sequentially from Q1 2018 according to data from the Federal Deposit Insurance Corporation. Wells Fargo was an important underwriter of mortgages, but in August, the bank announced layoffs of 600 mortgage workers. This is a warning as the banking giant prepares to release earnings on Friday, Oct. 12.

Analysts expect Wells Fargo to report earnings per share between $1.17 and $1.20 when it discloses results before the opening bell on Friday. The big bank missed earnings-per-share estimates in two of the past three quarters, and given planned layoffs, it’s tough to assume a turnaround now. Record global debt and rising treasury yields as the Federal Reserve unwinds its balance sheet create a backdrop for cautious earnings guidance. (See also: 3 Bank Stocks That Face Further Declines.)

The daily chart for Wells Fargo

Wells Fargo began 2018 setting its all-time intraday high of $66.31 on Jan. 29. The price gap lower on Feb. 5 was caused after the Federal Reserve indicated that it would restrict the bank’s size given the widespread consumer abuses. The stock plunged by 24.2% to its 2018 low of $50.26 set on April 18. At the high, the stock stayed below my annual risky level of $67.18. As the second half began, the stock traded back and forth around my semiannual pivot of $57.40 between July 23 and Sept. 11. The downside since than is above my value level for October at $43.80.

The weekly chart for Wells Fargo 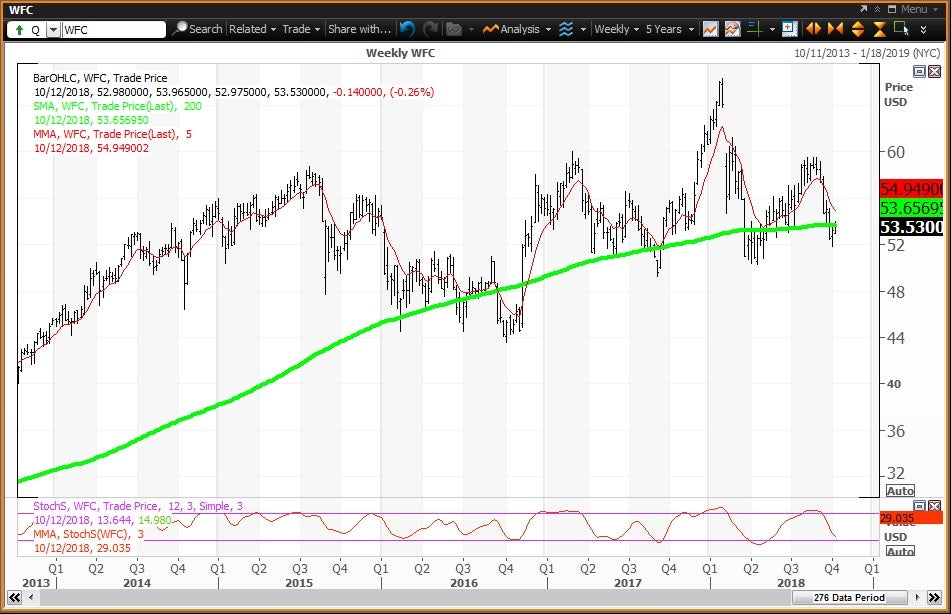 Given these charts and analysis, investors should buy Wells Fargo shares on weakness to my monthly value level of $43.80 and reduce holdings on strength to my semiannual pivot of $57.40. (For more, see: A Look At Wells Fargo’s Financials.)

Here’s what worries Wall Street more than a recession