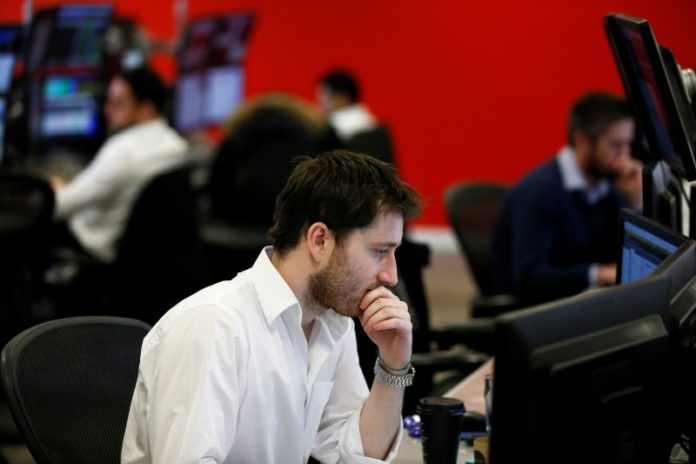 WASHINGTON (Reuters) – Wells Fargo (NYSE:) & Co executives were warned that an auto insurance plan could be overcharging customers four years before the bank scrapped the program, according to a complaint released by a judge this week.

Several executives, including then-General Counsel James Strother and chief auditor David Julian, were among the bank officials briefed in 2012 about possible flaws in the auto insurance program that was ended in 2016, according to parts of a class-action lawsuit that were unsealed on Monday.

A Wells Fargo official declined to comment on the allegations in the lawsuit but said the bank intended to repay all customers who were hurt.

“We have been reviewing customer accounts and developing a remediation plan – which we hope to finalize very soon,” said spokeswoman Natalie Brown.

Strother, Julian and other executives named in the lawsuit could not immediately be reached for comment. Last month, regulators warned Julian and another bank official that they could face sanctions for their past work with Wells Fargo.

Wells Fargo ended its auto insurance program in September 2016 after an internal review found many customers were being wrongfully placed in a costly product they did not need.

The bank had a right to force auto borrowers into the product called ‘collateral protection insurance’ (CPI) if they let their own policies lapse. But ultimately, the bank said some 600,000 customers were forced into CPI unnecessarily when it reached a $1 billion regulatory settlement in April.

Wells Fargo initially estimated remediation efforts would cost $64 million, but that figure has since swelled as it determined more borrowers were owed greater amounts. In the third quarter, Wells Fargo set aside $241 million for those affected customers.

Its auto insurance abuses are part of a broader scandal over Wells Fargo’s treatment of customers. The bank revealed over two years ago that it opened millions of phony accounts in customers’ names without their permission to hit sales targets.

The San Francisco-based lender has since found sales abuses in businesses ranging from mortgage loans to wealth management.

The lawsuit was originally filed in U.S. District Court, Central District of California, in August. Wells Fargo has fought to keep some details of the case under seal.

Wells Fargo was 10 times more likely to force borrowers with damaged credit into CPI insurance than those with high credit scores, according to the lawsuit, which cites an internal bank presentation.

Drivers of Tesla (NASDAQ:) vehicles and others who carried high loan balances were exempted from CPI, according to the lawsuit.

Will Airbnb move from home-sharing to home-building?

How much for that app? U.S. top court hears Apple antitrust...