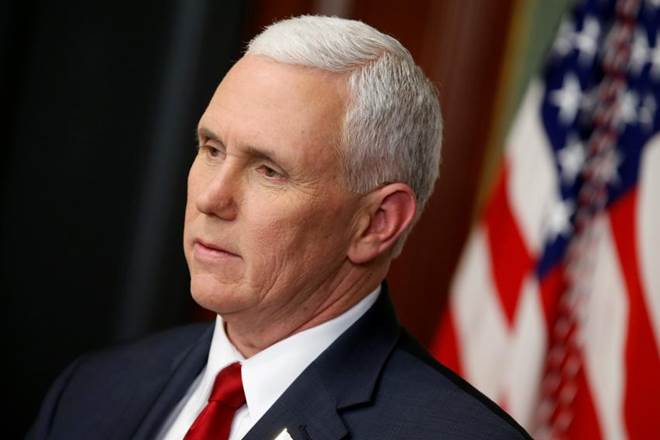 Since the Soviet Union fell in the early 1990s, Southeast Asia has sought to avoid getting caught in a fight between major powers. The Trump administration is making that position look increasingly untenable.

Vice President Mike Pence sharpened U.S. attacks on China during a week of summits that ended Sunday, most notably with a call for nations to avoid loans that would leave them indebted to Beijing. He said the U.S. wasn’t in a rush to end the trade war and would “not change course until China changes its ways” — a worrying prospect for a region heavily reliant on exports.

“The language we heard from Pence is quite concerning because it shows we’re moving toward a zero-sum game geopolitics in the Asia-Pacific,” said Jonathan Pryke, a researcher specializing in the Pacific at the Lowy Institute, a Sydney-based research group. “The great hope of convergence between China and the U.S. is becoming less and less of a likely reality.”

The meetings in Singapore and Papua New Guinea produced little to suggest U.S. President Donald Trump and Chinese counterpart Xi Jinping would reach a deal when they meet in a few weeks at the Group of 20 summit in Argentina. The Asia-Pacific Economic Cooperation summit ended in disarray on Sunday after leaders failed to agree on a joint statement, reflecting tensions after Trump threatened to add to tariffs already in place on $250 billion worth of Chinese goods. Xi has retaliated with duties on $110 billion in U.S. imports.

More on the Asean, APEC Summits:

Smaller economies in the Asia-Pacific have long sought to balance ties, reaping the benefits of trade with China’s fast-growing economy while relying on American firepower to rein in Beijing’s assertiveness over disputed territory. Yet the trade war has raised the prospect that nations will now need to pick sides, particularly as higher U.S. tariffs threaten to alter long-established supply chains.

Earlier this month, former U.S. Treasury Secretary Hank Paulson warned of an “ Economic Iron Curtain” dividing the world if the U.S. and China fail to resolve strategic differences. That could lead both sides to deny each other technology, capital and investment, reversing decades of gains from globalization.

Singapore Prime Minister Lee Hsien Loong echoed those fears last week, saying tensions between the U.S. and China are rising to a point where Southeast Asia may one day have to “ choose one or the other.”

For the moment, that day still looks a ways off. Papua New Guinea, an economy smaller than all 50 U.S. states that hosted the APEC summit, signed deals in excess of $1 billion with both China and a U.S.-led bloc.

“Smaller and middle powers lean to one side or to the other,” Richard Maude, a senior adviser at Australia’s Department of Foreign Affairs and Trade, told an Asia Society event hosted by Bloomberg in Sydney earlier this month. “They don’t want to make one big single binary choice between Washington and Beijing. What they want is to find the space to stay in the middle and to prosecute their own interests.”

While the U.S. can depend on allies like Japan, Australia and Taiwan, nations such as South Korea and the Philippines that have defense arrangements with the U.S. would try to hedge, according to Minxin Pei, a China scholar and specialist in U.S.-Asia relations.

Southeast Asian countries were “desperate fence sitters” who don’t want to make China an enemy, said Pei, who is a professor of government at Claremont McKenna College in California. “China and the U.S will try very hard in the next few years to charm the countries in the region.”

While in Asia, Pence said the U.S. provides “ a better option’’ for nations in the region and announced a plan along with key Pacific allies to build a $1.7 billion electricity grid in Papua New Guinea. The U.S. also joined with Australia to redevelop a naval base, and held a meeting of “ the Quad” — a grouping that also includes India and Japan — in a bid to balance China’s rising economic and military strength.

Pence also had stinging remarks for Xi’s Belt-and-Road Initiative, which Morgan Stanley says may total $1.3 trillion by 2027 — dwarfing the funds the U.S. and allies have mobilized. The vice president said the U.S. doesn’t “drown our partners in a sea of debt” or “offer a constricting belt or a one-way road.”

Compared with Pence, Xi had a softer message for Asia this week. He voiced support for the multilateral trading system, called for greater cooperation, and said that implementing tariffs and breaking up supply chains was “doomed to failure.” He also defended his signature Belt-and-Road Initiative, which dwarfs any infrastructure funding backed by the U.S., saying it’s “not a trap as some people have labeled it.”

“As the tension with U.S. has risen, China’s approach to its neighboring countries has changed,” said Shi Yinhong, an international relations professor at Renmin University in Beijing. “China would like to gain as many friends as it can at the moment.”

After APEC, Xi is due to visit Brunei and the Philippines, a U.S. ally that has moved closer to China under Rodrigo Duterte. Xi also recently hosted Shinzo Abe in the first bilateral visit by a Japanese leader to Beijing in seven years.

Despite strong security ties, neither Japan nor Australia supports Trump’s protectionist policies. Both went forward with a Pacific trade pact even after Trump pulled out, and Australian Prime Minister Scott Morrison used his speech at APEC to warn that “tit-for-tat protectionism and threats of trade wars are in no one’s interests economically.”

“Our role here is to maximize Australia’s interests,” Morrison told reporters. “That’s done by working constructively with our long-term partner, the U.S., and working closely with the Chinese government.” Pence sought to downplay regional concerns that American actions would lead to economic pain and force countries to choose between the U.S. and China.

“Great power competition between the United States and China in this region doesn’t have to mean hostility,” Pence said. “These issues can be resolved, we believe, at the negotiation table.” But many in the region don’t expect a deal anytime soon, despite periodic optimism from Trump’s camp.

“This is one episode in the hegemonic struggle between the U.S. and China — it will go on for a while,” said Kunihiko Miyake, a former Japanese foreign ministry official who is now a visiting professor at Ritsumeikan University. “It will be a Cold War, whether we call it that or not.”