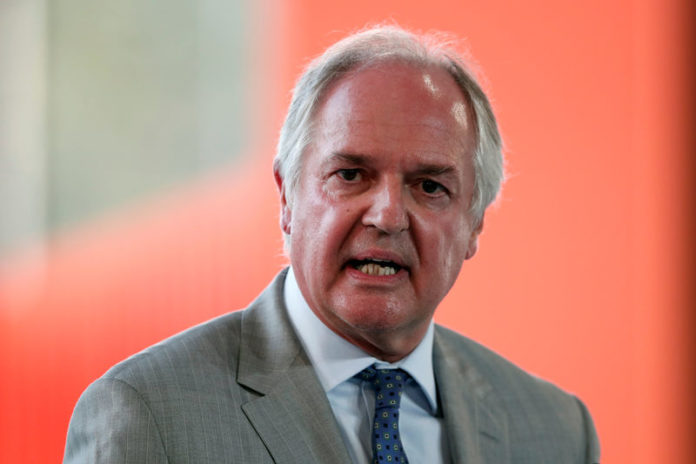 © Reuters. FILE PHOTO: Paul Polman, chief executive officer of Unilever Plc, attends the MEDEF union summer forum on the campus of the HEC School of Management in Jouy-en-Josas, near Paris

LONDON (Reuters) – Anglo-Dutch consumer goods company Unilever (L:) said its CEO Paul Polman was retiring, less than two months after a damaging row with shareholders, and would be replaced by the head of its beauty unit Alan Jope from January 1.

Polman’s exit comes after the maker of Dove soap and Ben & Jerry’s ice cream was forced to scrap a plan to move the company headquarters to the Netherlands in October, following a shareholder revolt.

Unilever said that Jope, 54, the boss of its largest division, had been appointed after “a rigorous and wide-ranging selection process”. Polman would stay on for six months to support Jope’s transition into the role, the company added.

Polman has been at the helm of Unilever for 10 years, generating big returns for shareholders and fighting off a $143 billion takeover approach by Kraft-Heinz (O:) in 2017.

He said he was confident the company would prosper under Jope.

“His (Jope’s) appointment demonstrates the strength of Unilever’s succession planning and talent pipeline,” Polman said in Unilever’s statement on Thursday.