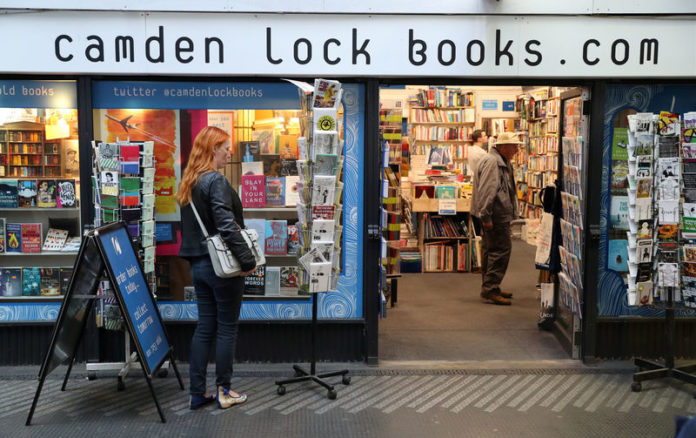 LONDON (Reuters) – British consumers turned more cautious about their spending in September after going on a summer spree, two surveys showed on Tuesday, suggesting the overall economy can no longer cope on them quite as much to soften the drag of Brexit.

Shops reported total spending edged up by an annual 0.7 percent last month, the slowest rise since October last year apart from a slump in April which was distorted by the timing of the Easter holiday, the British Retail Consortium said.

A broader measure of consumer spending by Barclaycard (L:) increased by the smallest amount in five months, rising by an annual 3.9 percent.

“We’ve seen spending return to a more modest level as consumers balance their budgets after a longer than usual summer of spend,” Esme Harwood, a Barclaycard director, said.

Household consumption accounts for about 60 percent of Britain’s economy. The Bank of England and other forecasters have been surprised by its strength since the Brexit vote in 2016, even as pay growth has lagged behind inflation.

The propensity of consumers to spend has helped to soften a slowdown in the overall economy.

But there have been signs that after a summer heatwave and the soccer World Cup, households have turned a bit more cautious. The BoE last week reported the weakest increase in borrowing by consumers in nearly three years.

Nearly half of the consumers surveyed by Barclaycard — 46 percent — were planning to spend less on Christmas this year than they did in 2017, she said.

The BRC data showed that on a like-for-like basis, which excludes the effect of changes in store space, retail sales fell 0.2 percent in September, the first non-Easter decline since October last year.

Procurement of moong, urad picks up pace in Maharashtra