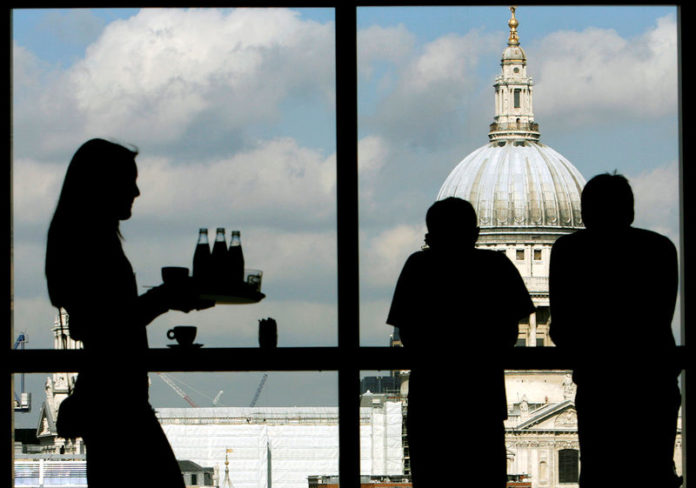 Investing.com – Business activity in the UK service sector grew at the slowest pace since March last month, held back by heightened economic uncertainty and a soft patch for new work.

Research firm Markit said its fell to 52.2 in October from 53.9 in the previous month and weaker than forecasts for a reading of 53.3.

“The disappointing server sector numbers bring mounting evidence that Brexit worries are taking an increasing toll on the economy. Combined with the manufacturing and construction surveys, the October services PMI points to the economy growing at a quarterly rate of just 0.2%, setting the scene for GDP growth to weaken sharply in the fourth quarter,” said Chris Williamson, chief economist at survey compiler Markit.

“The economy is facing other headwinds, including a broader global slowdown, trade wars, heightened geopolitical uncertainty and tightening financial market conditions. It therefore remains unclear as to the extent to which Brexit worries are exacerbating or obfuscating a more broad-based slowing of the economy, which would have important implications for policymaking.”

New business growth slowed for the third time in the past four months in October. Companies noted that Brexit-related uncertainty and concerns over the global economic outlook had constrained demand for business services.

The survey also indicated that the degree of positive sentiment for the year ahead sank to its lowest level since July 2016 amid uncertainty over Brexit and concerns over the broader economic outlook.

Toys ‘R’ Us May Be Making A Comeback After All

Federal Reserve prepares for next crisis, bets it will begin like...