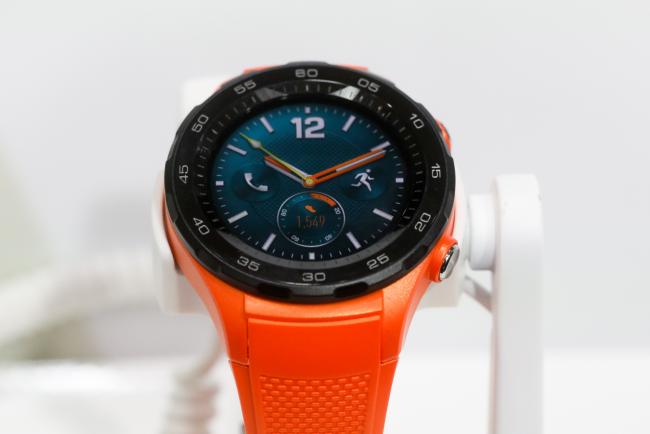 © Bloomberg. A Huawei Technologies Co Ltd. Watch 2 smartwatch sits on display during their launch ahead of the Mobile World Congress (MWC) in Barcelona, Spain, on Sunday, Feb. 26, 2017. A theme this year at the industry’s annual get-together, which runs through March 2, is the Internet of Things.

(Bloomberg) — The U.S. government is contacting key allies to get them to persuade telecommunications companies in their countries to avoid using equipment from China’s Huawei Technologies Co., the Wall Street Journal reported.

Officials from the U.S. have reached out to counterparts and executives in countries including Germany, Italy and Japan about perceived cybersecurity risks, the Journal said, citing unidentified people familiar with the matter. The U.S. may boost aid for telecommunications development in countries that shun Huawei equipment, some of the people said.

Huawei has long been labeled a security risk by U.S. lawmakers because of alleged links to the Chinese government, in part because it was founded by former military engineer Ren Zhengfei. While the Shenzhen-based company has denied any inappropriate connections, it’s been banned in Australia from supplying fifth-generation wireless equipment, faced scrutiny in the U.K. and found itself largely shut out from the U.S. market.

Scrutiny of Huawei has increased since Donald Trump became U.S. President as trade tensions between Washington and Beijing escalate. The closely held company is now the world’s second-largest maker of smartphones and is one of the biggest producers of equipment for running phone networks.

Huawei didn’t immediately respond to an emailed request for comment from Bloomberg.

American officials are concerned about the use of the Chinese equipment in countries that host U.S. military bases such as Germany, Japan and Italy, the Journal reported. There is concern about China’s ability to force companies to comply with government requests, it said.

A number of major telecommunications companies directed more than 5 percent of their capital expenditure to Huawei, according to Bloomberg supply chain data. That includes Telecom Italia (MI:) SpA and Japan’s NTT Docomo Inc. and KDDI Corp., the data shows.

Huawei has been pouring billions into developing 5G technology and its potential to become the global leader in the space is said to be a reason why Trump blocked the biggest ever chip deal earlier this year.

Investors pull most cash from U.S. Treasury funds since March 2016: Lipper By Reuters

Here’s what mortgage ‘rate lock’ looks like, in one chart

Why GoDaddy Stock Should Be on Your Radar