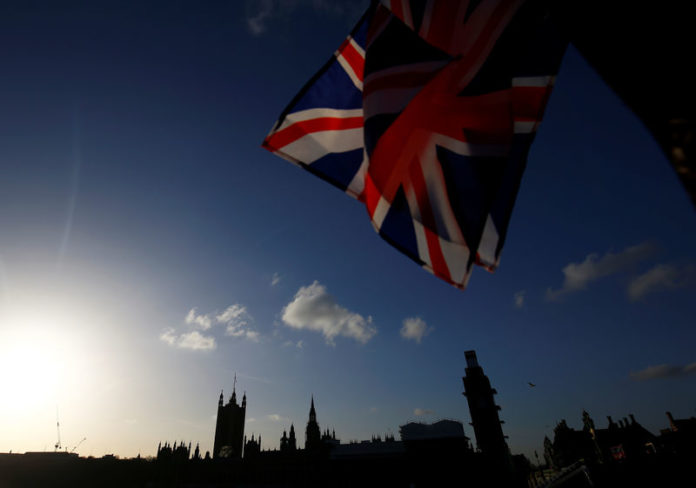 © Reuters. A union flag is seen for sale at a kiosk on Westminster Bridge opposite the Houses of Parliament in London

WASHINGTON (Reuters) – The U.S. Treasury and U.S. Trade Representative’s office said on Tuesday they intended to sign a new bilateral insurance agreement with Britain that will provide insurance market regulatory certainty and continuity after Britain leaves the European Union.

The Treasury and USTR said the U.S.-UK Covered Agreement would be consistent with a similar agreement signed with the EU in 2017. Britain is scheduled to leave the EU on March 29, 2019.

The announcement starts a 90-day notification period required by the U.S. Congress before it can be signed and put into effect.

The U.S.-UK agreement affirms the U.S. state-based system of insurance regulation and is expected to aid the competitiveness of U.S. insurance and reinsurance firms, the Treasury and USTR said.

Britain’s trade commissioner for North America, Antony Phillipson, welcomed the Treasury and USTR announcement, saying that it was part of work that the British government has been doing to ensure U.S.-UK business continuity while exploring further bilateral trade ties.

“I am very pleased that we’ve been able to preserve the benefits of the EU-U.S. covered agreement for UK firms in the U.S., the largest insurance market in the world, once the UK has left the EU,” Phillipson said in a statement released by Britain’s embassy in Washington.

Cards Against Humanity is selling a car, a Fiji vacation and...