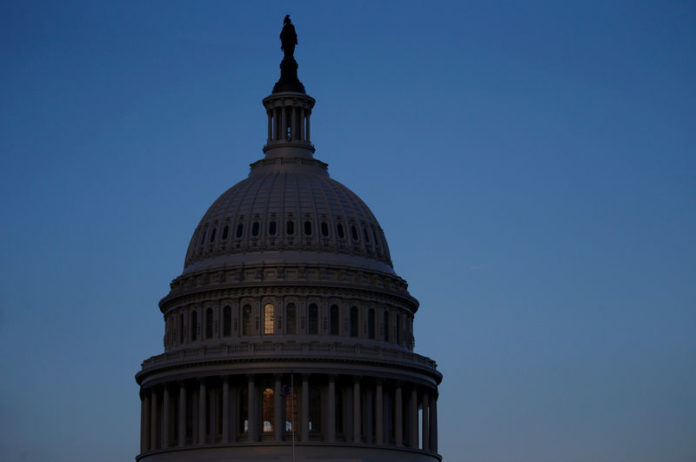 © Reuters. The U.S. Capitol building is seen in Washington

WASHINGTON (Reuters) – Key U.S. senators are making a last-ditch effort to win approval of a bill to speed the use of self-driving cars without human controls, but face an uphill battle on Capitol Hill.

The pair have been working for more than a year to try to win approval of the bill by the Senate and have said they may try to attach the measure to a bill to fund U.S. government operations.

The U.S. House unanimously approved a measure in September 2017, but it has been stalled in the Senate for over a year. Automakers and congressional aides concede they face tough odds of getting approval in the final days before the current Congress adjourns.

A key sticking point has been whether the measure would limit the ability of companies to compel binding arbitration for consumers using autonomous vehicles. The aides’ draft limits the use of those clauses in death or serious injury crashes, while the bill that passed the House did not include the limitation.

The revised draft would require manufacturers to validate that self-driving cars can detect all road users – including pedestrians, bicyclists and motorcyclists.

It would also require additional reports of potential safety issues involving vehicles that have systems like Tesla (NASDAQ:) Inc’s Autopilot that handle some driving tasks.

Automakers say the bill is critical to advancing the technology that could save thousands of lives, but a group of safety advocates in a letter to lawmakers urged they not to move ahead with legislation in the final days of the current Congress.

“Rushing through a driverless vehicle bill that lacks fundamental safeguards will make our roads less safe and risks turning an already skeptical public even more against this technology,” the letter said.

Under the legislation, automakers would be able to win exemptions from safety rules that require human controls. States could set rules on registration, licensing, liability, insurance and safety inspections, but not set performance standards.

Automakers have been pushing for legislation as they try to move forward.

General Motors Co (NYSE:) in January filed a petition with U.S. regulators seeking an exemption for the current rules to use vehicles without steering wheels and other human controls as part of a ride-sharing fleet it plans to deploy in 2019, but has receive no decision to date.

In March, a self-driving Uber Technologies Inc [UBER.UL] vehicle struck and killed a pedestrian, while the backup safety driver was watching a video, police said. Uber suspended testing in the aftermath and some safety advocates said the crash showed the system was not safe enough to be tested on public roads.

Facebook boots 115 accounts on eve of U.S. election after tip

With eye on local debt, China vows to bolster watch over ‘specialty towns’ By...

New MSME package: Banks to clear 90% of CPSEs’ dues on receipt of purchase