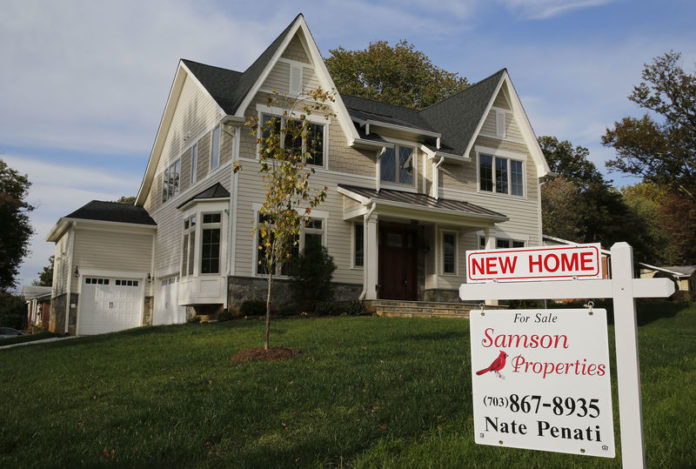 © Reuters. A real estate sign advertising a new home for sale is pictured in Vienna, Virginia

WASHINGTON (Reuters) – U.S. home sales rose slightly in October and snapped a six-month streak of drops but ongoing weakness in the housing market led a national realtors association to ask the Federal Reserve to take a break from interest rate hikes.

While that was up slightly from a 5.15 million-unit pace in September, it remained 5.1 percent lower than in October 2017, the sharpest 12-month drop since July 2014.

NAR Chief Economist Lawrence Yun said rate increases by the Federal Reserve, which has been slowly raising borrowing costs since December 2015, was dragging on the market.

“Demand is being choked off by higher interest rates,” Yun said. “Maybe the Federal Reserve can take a little pause in their interest rate hikes to give the chance for the housing market to be on firmer ground.”

Home sales had fallen in each of the six prior months. A dearth of properties for sale has pushed up prices, sidelining many would-be homeowners.

Data on Tuesday showed homebuilding rose in October on a rebound in multi-family starts but construction of single-family homes fell for a second straight month, underscoring how rising mortgage rates and rising home prices have been sapping demand.

Supply has also been constrained by rising building material costs as well as land and labor shortages.

The Federal Reserve raised borrowing costs in September for the third time this year and is widely expected to hike rates again in December.

Nearly 10% of all bitcoins haven’t moved in 12 months

U.S. says SWIFT could be sanctioned if it deals with sanctioned entities