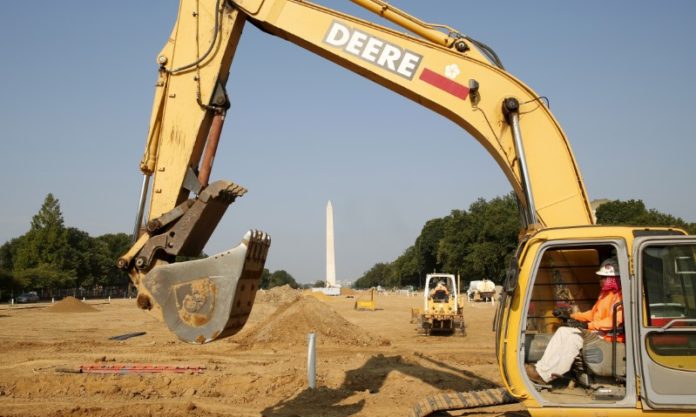 WASHINGTON (Reuters) – U.S. construction spending was unchanged at a record high in September as continued gains in private construction projects was offset by the biggest drop in public outlays in a year.

The upward revision to August data could have an impact on the government’s third-quarter gross domestic product estimate published last Friday. The government estimated the economy grew at a 3.5 percent annualized rate in the July-September period.

Residential investment contracted in the first nine months of this year, and is one of the risks to the economic expansion that is in its ninth year, the second longest on record.

Spending on private nonresidential structures, which includes manufacturing and power plants, edged up 0.1 percent in September to an all-time high after surging 1.4 percent in August.

Canada says it has no particular concerns over trade deal after...