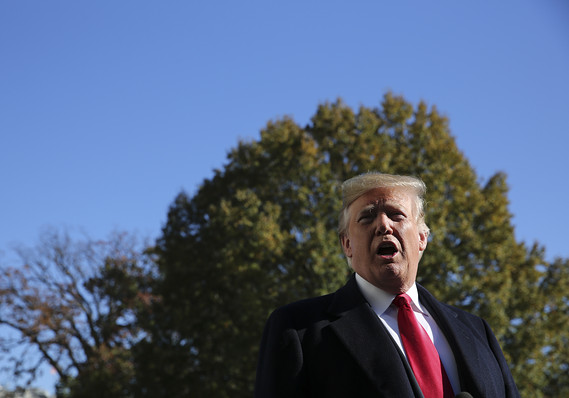 With Nick Ayers no longer in the running for White House chief of staff, President Donald Trump is down one candidate for the high-profile post. Here’s what Chicago Mayor Rahm Emanuel, who held that job under President Barack Obama, is looking for as Trump goes through his choices:

“With Trump unlikely to choose the chief of staff he needs for this moment,” Emanuel writes in the Atlantic, “what’s important is that the next chief of staff be unusually good at protecting the rest of us from the president’s penchant for self-destruction.” Noting the next chief of staff is likely to be in office when Special Counsel Robert Mueller’s report arrives, Emanuel says Trump will need a “wartime consigliere,” or someone who can manage the substantive, political, and public-relations challenges of what is likely to be “an incredibly damaging set of allegations.”

Treasury Secretary Steven Mnuchin is reportedly another candidate for the chief of staff job — but has signaled he would prefer to stay put in his current job, Politico writes. So have Office of Management and Budget Director Mick Mulvaney, and U.S. Trade Representative Robert Lighthizer.

Corsi suit against Mueller: Conservative writer Jerome Corsi has filed a lawsuit accusing Mueller of blackmailing him to lie about Trump in the investigation of Russian interference in the 2016 election, NBC News reports. The suit was filed six days after Corsi entered a formal complaint with the Justice Department alleging prosecutorial misconduct by Mueller. Corsi is seeking $350 million in actual and punitive damages in U.S. District Court in Washington, NBC says.

Corsi is the former Washington bureau chief of the conspiracy website InfoWars. He accuses Mueller’s office of having illegally leaked secret information from the grand jury investigating Russian election interference.

Spending bill loading up: The Washington Times reports Republican lawmakers are racing to load up the end-of-year spending legislation with their own priorities. Proposals including a farm bill, sanctions on Saudi Arabia, and a major prison and sentencing reform package are being eyed as add-ons to the spending bill, the Times says.

Pompeo, swaggering to failure: Secretary of State Mike Pompeo is swaggering his way to failure, in the words of Jackson Diehl, the deputy editorial page editor of the Washington Post. Invoking Pompeo’s rebranding of State as the “department of Swagger,” and noting a Senate vote to halt U.S. support for Saudi Arabia’s intervention in Yemen, Diehl writes that “Pompeo has managed to worsen the State Department’s already abysmal standing with every significant constituency.”

Trump may be Pompeo’s only satisfied customer, says Diehl.