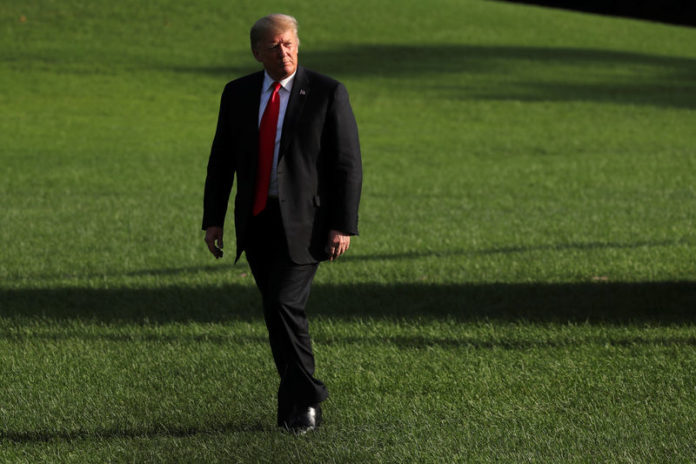 © Reuters. U.S. President Trump returns from Florida to the South Lawn of the White House in Washington

By Roberta Rampton and Lisa Lambert

WASHINGTON (Reuters) – President Donald Trump on Tuesday repeated his threat to impose tariffs on $267 billion worth of additional Chinese imports if China retaliates for the recent levies and other measures the United States has taken in the countries’ escalating trade war.

Trump, speaking to reporters in the Oval Office, also said China is not ready to reach a deal on trade.

When asked whether he was ready to levy new taxes in case of retaliation from China, Trump said, “sure, absolutely.”

Last month Trump imposed tariffs on nearly $200 billion of Chinese imports and then threatened more levies if China retaliated. China then hit back with tariffs on about $60 billion of U.S. imports.

Citing the growing trade war, the International Monetary Fund on Tuesday cut its global economic growth forecasts for 2018 and 2019.

Julius Baer expects ex-banker’s sentence to have no bearing on its U.S. legal issues...

Retail sales get off to good start for the holiday season on strong online...

Italy and the EU just struck a deal, avoiding the start...

China stocks higher at close of trade; Shanghai Composite up 1.36%...