Home Economy Top 5 Things to Know in The Market on Tuesday By Investing.com 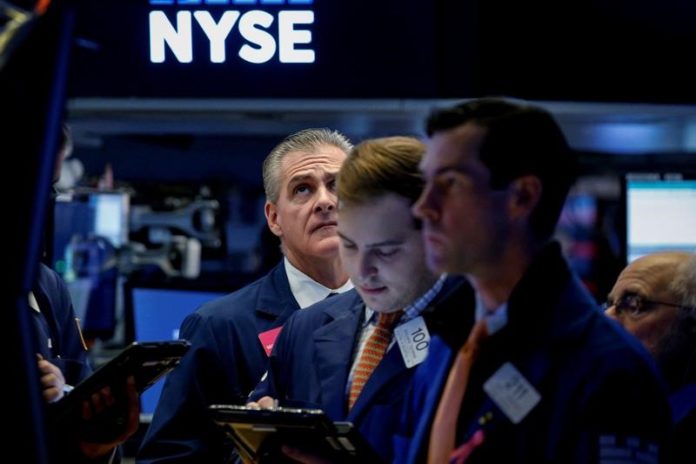 Investing.com – Here are the top five things you need to know in financial markets on Tuesday, October 23:

The pan-European headed toward a fifth day of losses, sliding 1.6% to reach its lowest level since December 2016.

Other benchmarks sustained heavy losses, such as down 2.4%, also at December 2016 lows.

Earlier, Asian shares fell across the board, as a two-day rally for China’s stock market unraveled. The mainland’s benchmark lost 2.2%, while the Shenzhen Index fell 1.9%.

A huge week of corporate earnings is going to ramp up notably on Tuesday.

Results out of Caterpillar, often seen as a bellwether for the global economy, will be closely watched for any signs of a slowdown in economic growth or inflation pressures.

The industrial giant is expected to report adjusted of $2.83 on revenue of $13.24 billion, according to estimates.

Seen as a proxy for the state of U.S.-China trade relations, Caterpillar shares are down 18% this year.

Investors will also keep a close eye on results from McDonald’s, as the company continues its overhaul of many locations.

Wall Street expects the company to report same-store sales growth of 3.4% during the third quarter with of $2.00 on revenue of $5.31 billion.

Shares of the fast food giant have lost around 3.5% this year.

In currency markets, which have remained relatively calm amid the volatility witnessed in equities, the dollar was mildly lower against its major rivals.

The , which measures the greenback’s strength against a basket of six major currencies, was down 0.1% at 95.65.

The economic calendar will be fairly quiet on Tuesday with the Richmond Fed’s monthly report on manufacturing activity due at 10:00AM ET (1400GMT).

Traditional safe-haven assets like gold, the Japanese yen and U.S. Treasurys were all higher, as a cocktail of negative drivers from Saudi Arabia’s diplomatic isolation to concerns over Italy’s budget and Brexit talks all depressed sentiment.

, which is often sought in times of geopolitical tension or market turbulence, gained 1.5% to $1,239.60 a troy ounce, its best level since July 17.

Additionally, Treasury yields fell as market participants looking for safety piled into fixed income. The benchmark yield slipped 5.0 basis points to 3.143%, the lowest in more than a week.

Oil prices traded near their lowest level in almost five weeks ahead of the release of fresh weekly data on U.S. commercial crude inventories.

The American Petroleum Institute is due to release its weekly report for the week ended October 19 at 4:30PM ET (2030GMT), amid expectations of an increase of about 3.5 million barrels.

If confirmed, it would be the fifth straight weekly climb in domestic crude supplies.

Prices also came under pressure after Saudi Arabia pledged to play a “responsible role” in energy markets, despite its increasing isolation over the killing of Saudi journalist Jamal Khashoggi.

Trump’s next chief of staff will be ‘wartime consigliere,’ says Rahm Emanuel | Republicans...

Outside the Box: How to make the best of a bad job you can’t...

How much diversification is too much?