Home Banking The stock market is so volatile that even big-shot hedge-fund managers are... 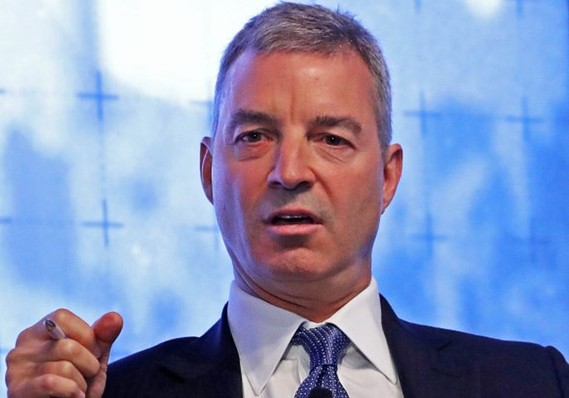 With stocks coming off of their worst December since the Great Depression, it’s not just your average man on the street losing his shirt in the market. Industry veterans like Dan Loeb and Bill Ackman are also struggling with disappointing performance.

Loeb’s Third Point Offshore Fund reported a decline of 6.2% in December with both its equity and credit strategies in the red. For 2018, Third Point shed 11.1% versus the S&P 500’s

Third Point blamed investments in the consumer, financials and industrials and commodities sectors for the weak returns.

Bill Ackman’s Pershing Square Holdings was similarly in the hole with a net loss of 10.8% in December, dragging its full-year performance to negative-0.7%.

For billionaire investor David Einhorn, 2018 was even more depressing.

His Greenlight Capital lost 34% last year following a 9% drop in December, the worst since he started the hedge fund in 1996, according to CNBC.

Greenlight’s woeful results are not wholly unexpected, given its losses at the end of the third quarter were already over 25%.

If there is a silver lining, it’s that he had fully sold out of Apple Inc.

“We ultimately sold because our differentiated thesis from 2011 has become consensus, the valuation at 17 times forward earnings is much less enticing, and we are somewhat worried about Chinese retaliation against America’s trade policies,” Einhorn said at the time.

In that aspect, Einhorn was perhaps ahead of the market. Apple, which ended 2018 6.8% lower, tumbled 10% to $142.19 a share Thursday after the tech giant lowered its revenue outlook, citing slower demand for iPhones in China.

Meanwhile, there is little relief for investors as stocks continue to reel from deteriorating confidence in the global economy, prompting strategists like Citi’s Tobias Levkovich to cut their S&P 500 targets.

“While one predictor still suggests that our prior 3,100 target is achievable, most of the other factors do not, and we believe that a 2,850 S&P 500 target is more reasonable after the plunge in equity prices the last three months,” he said.

no automatic link between bank test results and capital needs By...