Home Finance The Problem With Europe’s Fiscal Truce By Bloomberg 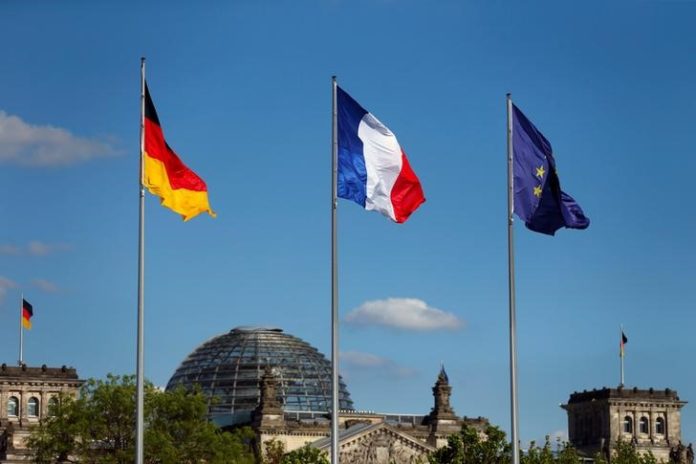 (Bloomberg Opinion) — The governments of France and Italy, under pressure from voters to change their policies, have put forward rule-breaking budgets for next year, and the European Union has decided to let things slide. Under the current testing circumstances, this flexibility on enforcing the rules is understandable — but it isn’t necessarily wise.

To be sure, Italy’s populist administration has climbed down a long way from its initial position. It first submitted a plan involving an even bigger deficit, and promised to carry on whether the European Commission liked it or not. Soon it had second thoughts. Its revised plan has a more realistic growth forecast and reduces its expected deficit from 2.4 percent to 2 percent of gross domestic product. That’s still more than the rules require — but close enough, the Commission decided. There’ll be no “excessive deficit procedure” and no fines.

French President Emmanuel Macron settled on a bundle of tax cuts and higher spending to appease his country’s “yellow vest” protesters. The government aims to recoup some of the cost elsewhere in the budget, including with a tax on digital services. But France now expects a budget deficit of 3.2 percent of GDP next year, rather than 2.8 percent. Again, this is higher than the rules require, but the Commission isn’t objecting.

Europe clearly thinks this is no time to start fighting its member states. “We cannot ignore the context,” said Pierre Moscovici, the EU commissioner for economic and financial affairs, taxation and customs.

But these compromises come at a cost. The Commission will stand accused — not for the first time — of double standards, particularly when it comes to large countries such as Italy and France. And bear in mind that the rules, correctly applied, already allow for some flexibility, for example by setting budget targets that take the business cycle into account. Because of “the context,” the Commission has decided to be more flexible than the system was intended to be.

The concessions to Italy are especially questionable. The new budget includes a reduction in the retirement age and a new income-support scheme — innovations that a country with a public debt of more than 130 percent of GDP cannot afford unless it finds sizable savings elsewhere. In future years, the government says, a steep increase in value-added tax will get the deficit under better control, but the country’s politicians are already saying it won’t happen. When the next recession comes, Italy will have no fiscal buffer to help cope with it.

No less important, Europe’s fiscal forbearance also risks undermining efforts to strengthen the monetary union. The euro zone needs a modest but effective joint budget that can be used to support countries in recession. But this reform requires that all member states — including its most fiscally restrained, and above all Germany — believe that greater fiscal solidarity won’t be abused. This, in turn, requires well-designed rules that are obeyed and intelligently enforced. Europe has again called its commitment to this principle into question.

Editorials are written by the Bloomberg Opinion editorial board.

GST Council to allow calamity cess for Kerala? Here’s what Sushil Modi has to...

Tax bill and your tuition: Here’s what to expect

Barron's: How the Fed chairman has cost investors $1 trillion this...