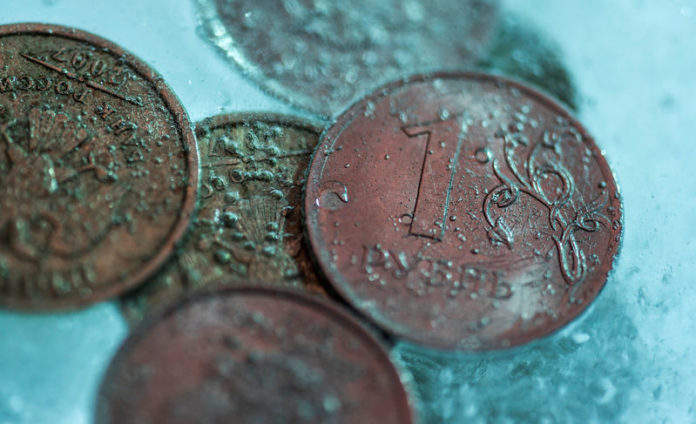 MOSCOW (Reuters) – Russia’s drive to fill state coffers to give itself a $200 billion buffer against threats like new U.S. sanctions is prudent, analysts say, but will come at the expense of economic growth.

With oil prices high, Russia has been steadily siphoning revenues from its major export into the National Wealth Fund (NWF). It has also raised oil industry taxes, hiked value-added tax and — in a move that has hurt President Vladimir Putin’s popularity — sharply increased the pension age.

The Ministry of Finance believes those and other changes will almost quadruple the size of the NWF to 14.2 trillion roubles ($216.1 billion) or 12 percent of gross domestic product in 2021. That is close to the 16.9 percent of GDP the government plans to spend that year.

Under a “fiscal rule”, any revenue from oil prices higher than $40 per barrel goes into the NWF, which is part of Russia’s gold and foreign exchange reserves, held by the central bank.

Analysts say the savings strategy, which was set out in a 2019-2021 budget plan, is fiscally ultra-cautious and prudent.

But they also warn it prioritizes stability over development, will see Russia fall short of Putin’s goal of joining the world’s top five economies by 2024, and shows the Kremlin is worried about more sanctions.

“This is good from the budget and financial stability point of view, but bad from the economic development point of view,” said Vladimir Tikhomirov, chief economist at BCS brokerage.

“Our reserves are going to grow quickly but at the same time there will be less money that could be used to renew the economy.”

The government has said it plans to borrow money to fund development projects rather than dip into the NWF, suggesting money for investment will be tight.

“It’s a really tough budget policy,” said Alexandra Suslina, an economist with Russian consultancy Economic Expert Group. “There is no leniency here, no sense that a bright future awaits us except in a macroeconomic forecast.”

Russian officials have been open about their desire to hoard cash in case the economy is buffeted by an external shock like fresh sanctions or a new global financial crisis.

The United States is due to decide soon whether to impose a second wave of sanctions over the poisoning of Russian former spy Sergei Skripal and his daughter in Britain, a crime Russia denies.

And U.S. lawmakers have separately introduced legislation, nicknamed “the bill from Hell,” that if enacted would penalize Moscow further for its alleged meddling in U.S. politics and activities in Syria and Ukraine.

“For the first time in many years we are planning to run a budget surplus of around 2 trillion roubles (in 2019),” Andrei Makarov, head of parliament’s budget committee, said last month.

That will allow Russia to put aside enough money to “protect our economy from any gyrations caused by the situation on oil markets or from any fallout from sanctions which might be introduced on our country,” said Makarov.

“All of the government’s social obligations will be met and honoring the budget will not depend on any external factors.”

The strategy is designed to avoid a repeat of 2014 when Russia’s annexation of Ukraine’s Crimea prompted the West to sanction Moscow and the rouble to plunge.

The central bank burned through a third of reserves trying to mitigate the impact and the economy was clobbered before returning to growth last year, a development one senior Western diplomat said showed the sanctions had been calibrated wrongly.

“This is more proof that the key priority for the Kremlin now is higher reserves and maximum macroeconomic stability, not economic growth,” Kirill Tremasov, a former senior economy ministry official and now head of research at Loko-Invest, said of the plan to build up the NWF.

The central bank has estimated GDP growth could reach 1.7 percent next year and 2.3 percent and 3 percent in 2020 and 2021 respectively, discounting external shocks.

Some of that is expected to be delivered by an infrastructure development program pushed by Putin which envisages spending 13 trillion roubles over six years. That will be partially financed by sales of OFZ domestic bonds.

But the state does not appear to expect private companies to help drive growth as in the past, say analysts. Instead, the state appears to view big business as a cash cow to be milked, they say.

Kremlin aide Andrei Belousov has proposed higher taxes on metals and mining companies — the only big part of the economy controlled by private business, not the state — but the discussions have stalled.

“In reality this means the state’s aim is to seize resources to a greater or lesser degree for its own needs,” Natalia Orlova, chief economist at Alfa Bank, said of the overall policy.

But while growth may not be boosted as much as economists want, Russia’s credit ratings may benefit.

Ratings agency Moody’s, which downgraded Russia after the first round of Western sanctions, said last week it might lift the sovereign to investment-grade as early as next year if Moscow keeps tight fiscal control.

Grow: Your guide to how much to spend on holiday gifts

What Is The Cheapest Phone Carrier? A Look At Verizon vs....

Three arrested over alleged bid to blackmail founder of Paytm