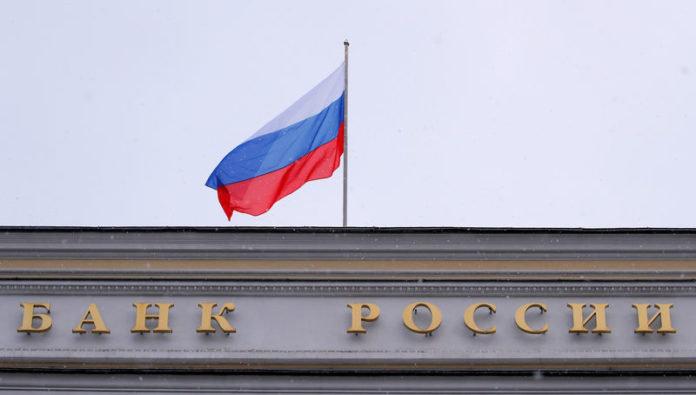 MOSCOW (Reuters) – Russia’s economy will hit some speed bumps in 2019 and inflation will rise, a Reuters monthly poll showed on Thursday, due to risks of new sanctions, a weaker rouble and a planned tax increase.

Russian economic growth has been below the global average in the past few years, hampered by a weak and volatile currency, a drop in oil prices, and by sanctions first imposed by the European Union and the United States in 2014 after Russia’s annexation of Crimea.

Russia’s seizure of three Ukrainian navy vessels in November prompted calls for more sanctions on Moscow. The EU decided against further measures but extended its existing ones targeting Russia’s defense, energy and banking sectors, until mid-2019.

Several times in 2018, Washington has raised the possibility of more sanctions for what has called Moscow’s “malign activities”, with new penalties possibly targeting holdings of Russian state debt.

After expanding by 1.7 percent in 2018, Russia’s gross domestic product is seen growing by 1.4 percent in 2019, the consensus forecast of 17 analysts and economists showed.

This is below the World Bank’s estimate that the global economy grew 3.1 percent in 2018.

“The next year will be tough. Economic growth will slow amid an increase to the value-added tax (VAT), higher inflation and lending rates,” Kouzmin said.

The planned VAT hike to 20 percent from 18 percent is expected to fuel consumer inflation, the central bank’s main remit.

The central bank had to raise rates twice in the second half of 2018 in a pre-emptive move to avoid a spike in inflation. But the Reuters monthly poll showed analysts expected inflation to exceed its 4 percent target and to accelerate to 5 percent by the end of 2019.

“The sanctions risks together with substantially lower oil prices could anchor the rouble at low levels, which will add upside pressure on inflation,” said Tatiana Evdokimova, chief economist at Nordea Bank in Moscow.

In 2019, the rouble will also feel pressure from the central bank’s plan to resume buying of foreign currency for the state reserves.

In one year from now, the rouble is seen at 66.85 versus the dollar and at 76.50 against the euro, the December poll showed.

On Thursday, the rouble traded at 68.80 against the dollar

German banks must build up buffers for worse times: Bundesbank By Reuters