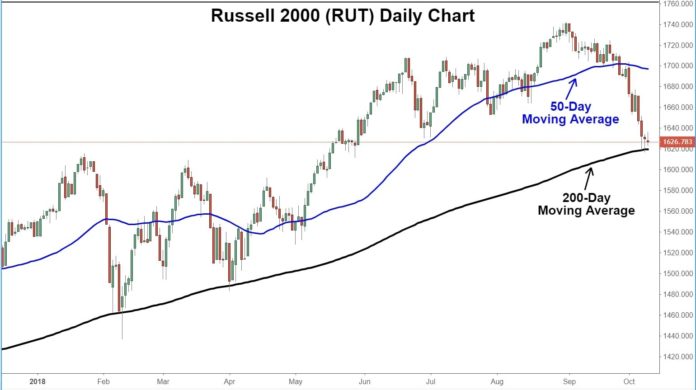 If anyone needs any convincing that small-cap stocks have recently been underperforming large-caps by a substantial margin, the charts tell the whole story. The primary benchmark index for small caps is the Russell 2000 index, which is represented by the RUT symbol (chart below), while the main large-cap benchmark has traditionally been the S&P 500, or SPX.

While both indexes have generally been falling in the past several trading days, the Russell 2000’s current decline began significantly before that of the S&P 500 – in early September versus the large-cap benchmark’s early October downturn. This helps to reinforce the traditional view that small-cap stocks can sometimes serve as a leading indicator for the overall markets, as the Russell 2000’s earlier decline helped pave the way for a later drop in large caps.

RBI vs Government INSIDE STORY: Here’s what led to souring ties

LVMH splashes out on luxury hotels with $3.2 billion Belmond deal By Reuters

U.S. senator to query Facebook about report on treatment of critics