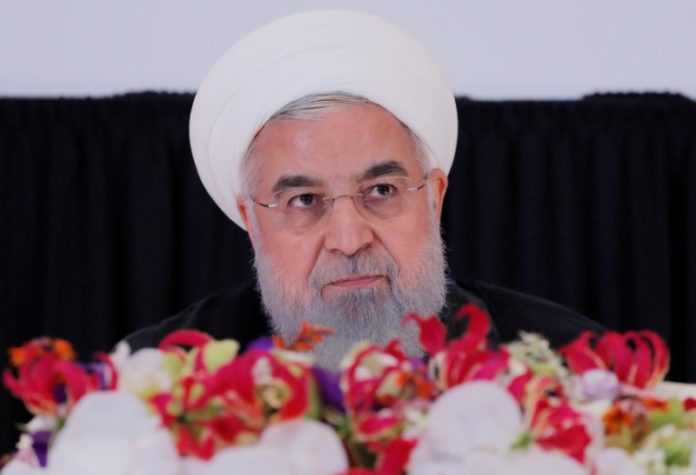 GENEVA (Reuters) – Iranian President Hassan Rouhani has warned Iranians they face hard times when new U.S. sanctions take effect on Sunday but said the government would do its best to alleviate them.

Washington reimposed a number of sanctions on Iran in May after pulling out of an international 2015 agreement intended to curb Tehran’s nuclear program. U.S. officials have said they aim to reduce Iran’s oil exports to zero.

The Islamic Republic of Iran Broadcasting (IRIB) news agency on Wednesday quoted Rouhani as calling the move “a new injustice” which the government did not fear.

But he added: “In the past few months our people have faced difficult times and it’s possible that the next few months will be difficult. But the government will use all its power to reduce these problems.”

The cost of living has soared in recent months, leading to demonstrations against profiteering and corruption in which protesters have chanted anti-government slogans.

The rial currency has also sunk against the U.S. dollar due to the sanctions threat, with a heavy demand for dollars among ordinary Iranians trying to protect their savings.

Iran began selling to private companies for export on Sunday as part of a strategy to counter the planned sanctions.

Separately, Oil Minister Bijan Zanganeh said on Wednesday 280,000 barrels of oil had been sold on Iran’s energy bourse and an additional 720,000 barrels would be offered for sale again on the exchange, according to Oil Ministry news site SHANA.

European diplomats have described the SPV proposal as a means to create a barter system, similar to one used by the Soviet Union during the Cold War, to exchange Iranian oil for European goods without money changing hands.

Inflation flat in November due to cheaper gas, CPI shows