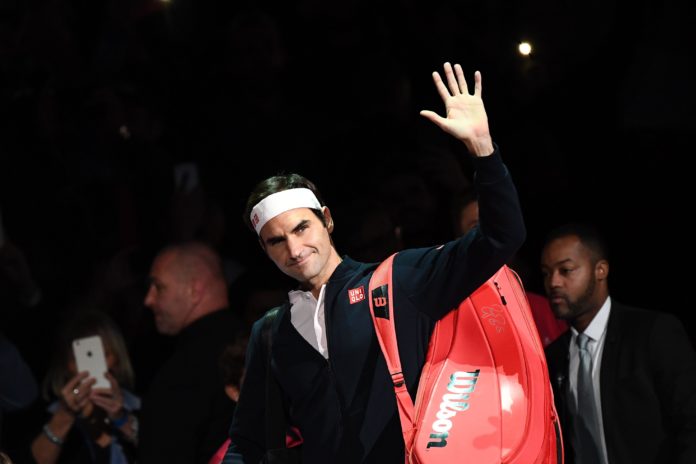 Roger Federer has been playing on the ATP Tour for more than 20 years and despite being in the latter stages of his illustrious career, he continues to challenge for the major titles and is currently ranked number three in the world.

The Swiss ace has won 99 ATP singles titles and has made it clear he has no intention of stopping before making it 100. He currently stood second on the all-time list with only Jimmy Connors with 109 titles ahead of him at the moment.

Federer, despite playing regularly on the ATP Tour for over 20 years, has been relatively injury free. The tennis legend’s only major injury came in 2016 when he had to miss more than six months of the campaign due to a knee injury.

It was believed at the time Federer will not be able to get back to his best and many predicted his gradual decline. The 37-year-old, however, proved his doubters wrong and has since won three Grand Slam titles and even became the oldest world number one in ATP history in 2018.

Roger Federer has no intention of retiring any time soon. In this picture, Federer arrives prior to his men’s singles semi-final tennis match against Serbia’s Novak Djokovic, on day six of the ATP World Tour Masters 1000 – Rolex Paris Masters – indoor tennis tournament at The AccorHotels Arena in Paris, Nov. 3, 2018. Photo: ANNE-CHRISTINE POUJOULAT/AFP/Getty Images

“Pierre [Paganini] was always a big believer in taking breaks. Even now I preach to the younger players, ‘Take time off. Your body needs to heal’,” Federer said praising his trainer, as quoted on Tennis World USA.

Federer is very aware his time on the ATP Tour is limited, but has made it clear he is not thinking of retirement at the moment. He revealed questions regarding him hanging up his racket started way back in 2009.

The Swiss tennis legend has won everything there is to win on the tour, including all four Grand Slams. He holds almost every major record, but is keen to continue playing as the game remains a passion and not a job.

Federer has also previously revealed that unlike many former sportspersons, he is not keen to stop when he is at his peak. He wants to play tennis for as long as possible and admitted playing the 2020 Olympics in Tokyo is a goal.

“What I like about my career is that no one knows what’s going to happen,” the Swiss ace said.

“It started in 2009 when I won the French Open,” Federer explained talking about when the questions of retirement started. “I’d tied Pete [Sampras]’s record of the most Grand Slam wins and then I broke it the following month. People said, ‘You’ve won all four slams, broken the record and are No 1 in the world. What else does a person need to be happy?’ Tennis is my passion and I’ll play as long as possible because I truly love it.”

Foie gras off Amazon.com’s menu in California after settlement

Megyn Kelly: What’s so wrong with dressing up in blackface on...

Chicken, egg lovers, you may not have noticed, prices have surged...